SILKEBORG, Denmark — Team Canada’s record has levelled out at 2-2 after a 7-5 setback to Japan’s Seina Nakajima at the 2019 LGT World Women’s Curling Championship, presented by Pioneer Hi-Bred. 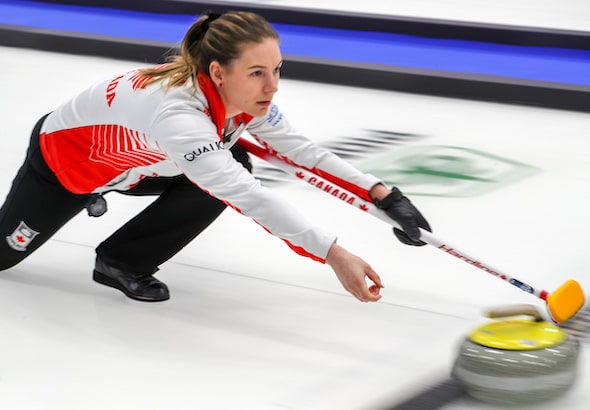 But the final eight ends featured a stellar performance by Japan’s last-rock thrower Ikue Kitazawa, who made a dazzling array of precision hits, taps and rolls that forced Carey to make some brilliant shots of her own just to stay in the game.

“They played really well and we had a couple chances that we couldn’t quite take advantage of,” said Carey. “They put a lot of pressure on us and we couldn’t quite pull it off. But it felt good; I felt like myself out there, so that’s the good news.”

Despite the final outcome, there were positives to be pulled out of the game — most noticeably that Carey had command of draw weight, as did the front end of Brown and Ferguson with their sweeping weight judgment.

“We’re getting close to putting it all together — really, really close,” said Carey. “This game felt a lot better; we had a really good idea about what the ice is doing, and we felt confident. If we can ramp it up just a tiny bit more and get everyone a little more precise, we’ll be good to go.”

The Canadian steal in the second opened the scoring, but Japan bounced back immediately with a deuce in the third, and then used brilliant last stones from Kitazawa to record stolen singles in the fourth and fifth ends. 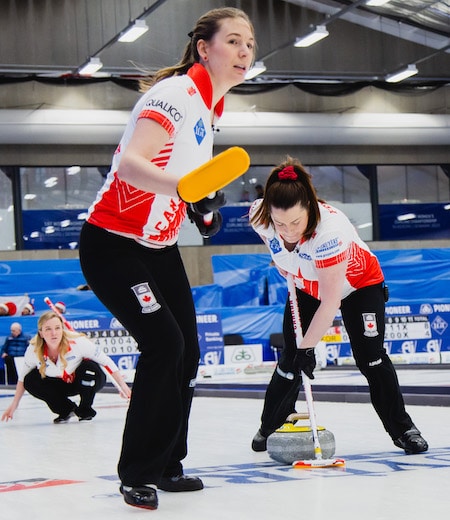 Canada could muster only single points in the sixth and eight ends — both on wonderful shots by Carey, who was looking at giving up significant steals on both occasions.

In the 10th, she needed a miracle to score a tying three and could only muster a single point and the gloves came off for handshakes.

“It was a tough one, but this round robin is looking like a sludgy battle through the middle — there are lots of teams with some losses and nobody is running away with it. We just have to come out and grind — it’s one game at a time. You can’t worry about standings yet. Just try to win the next one; that’s all you can do.”