FREDERICTON, N.B. –  Thirty-two mixed doubles teams are competing at the 2019 Canadian Mixed Doubles Curling Championship for an opportunity to represent Canada at the world championship in Stavanger, Norway. The quest for the championship began on Tuesday night at Willie O’Ree Place with two draws. 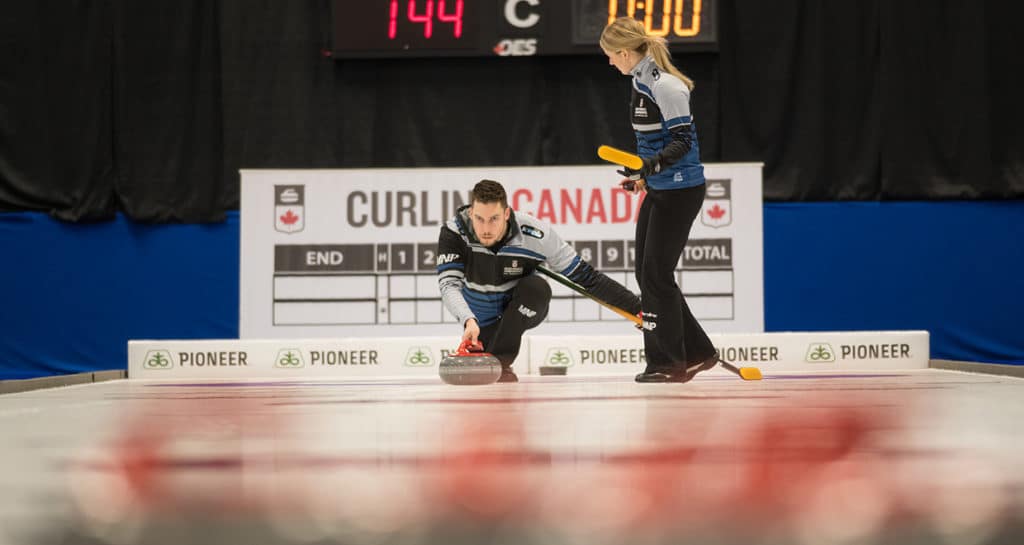 The teams hail from coast-to-coast-to-coast and together create one of the strongest fields to compete for a Canadian mixed doubles title yet. Defending national champions Laura Walker and Kirk Muyres are attempting to become the first duo to win back-to-back titles. But there’s a plethora of Olympic, world and national champions they’ll have to battle through to be victorious next Sunday.

Last year’s finalists, Kadriana Sahaidak and Colton Lott, are back in the mix and have built momentum off of a victory at the most recent Curling World Cup. 2016 mixed doubles champions Jocelyn Peterman and Brett Gallant are aiming to win a second national mixed doubles title.

2018 Olympic mixed doubles gold-medallist John Morris is in the field this year with Jolene Campbell, while 2017 mixed doubles champion Reid Carruthers is in Fredericton with Kate Cameron.

Kira Brunton, who won the U SPORTS national title earlier on Tuesday in Fredericton as skip of the Laurentian Voyageurs, will represent Northern Ontario with partner Tom Leonard.

The 32 teams, a mix of provincial/territorial champions and CMDR teams, are divided into four pools of eight and play a round robin. The top 12 teams advance to a single-knockout playoff which culminates with the semifinals and final on Sunday March 24 at 10 a.m. and 3 p.m. (all time AST).

Go to https://www.cbc.ca/sports/olympics/winter/curling/broadcast for the schedule.