SILKEBORG, Denmark —Team Canada has taken a one-step-at-a-time approach to climbing back into contention at the 2019 LGT World Women’s Curling Championship, presented by Pioneer Hi-Bred. 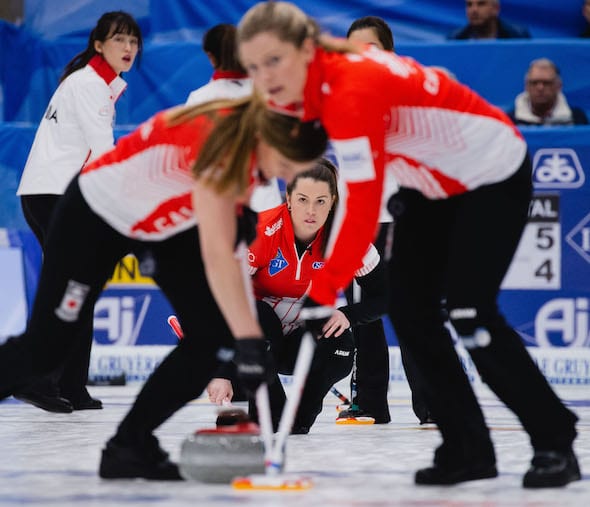 And Chelsea Carey’s Calgary team took a big first step on Wednesday afternoon at the Silkeborg Sportscentre with an 8-7 win over China’s Jie Mei.

But the Canadians did something they couldn’t accomplish on Tuesday — they made an early lead stand up, and also withstood late pressure from their opponents to finish off a victory.

China took its first lead of the game with an eighth-end deuce on a wonderful double-takeout from last-rock thrower Rui Wang, but Canada took advantage of a Wang miss in the ninth to score three and never gave China a legitimate shot at a game-tying two in the 10th.

“I actually think we played the same as we did all day yesterday; we just got a couple breaks and we were able to take advantage of them (today),” said Chelsea Carey. “I had to make a really scary open hit in the fourth end, where if I roll out, they get four or five, but other than that, it was a good battle — lots of good shots from both teams. We got a little break in the ninth when she ticked on the guard and we got the three, and we were able to close it out after that.”

As impressive as the back half of the game was for Canada, it was the way the team responded to adversity that may have been most impressive. In the first end, Carey had an open hit for two on a fresh path of ice. Her stone overcurled dramatically and the team settled for a single; considering the disappointment of Tuesday, that miss could have had a profound effect on the team. Instead, Carey and her teammates simply laughed it off. 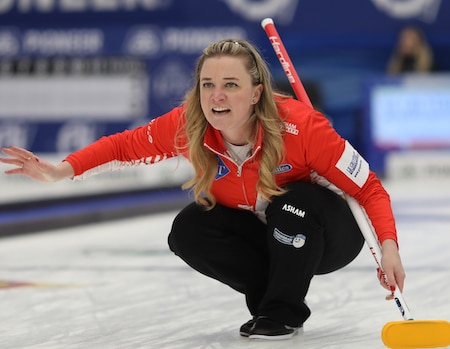 “That’s all you could do — you have to laugh at that stuff some times,” said Carey. “We could have never guessed that (the stone would curl so dramatic; if I had to throw it again, I would do everything the same.”

China tied the game with one in the second, and the teams traded deuces the next two ends, and it was a back-and-forth battle the rest of the way before Canada nailed down the victory.

“Just to string together 10 ends — there weren’t any consecutive misses that game, and it felt really good,” said Wilkes. “It’s a bit of a relief. That was a must-win game for us, right? We know we have our backs against the wall now, and every game we have to come out like it’s our last game and play as hard as we can. So this is a confidence-booster; that’s how we’re used to playing.”

“We needed a bounce-back,” added Carey. “It was a tough day yesterday because we didn’t feel like we deserved two losses, and that’s a bit hard to park and move on. So it was big for us to come out like this today. The ice was tricky, but we were very calm about it. We were in a good place and did a good job of being patient and pulled one off.”

Canada is back in action twice on Thursday — at 4 a.m. (all times Eastern) against Switzerland’s Alina Silvana Tirinzoni (4-3) and at 9 a.m. against Russia’s Alina Kovaleva (6-2).

The top six teams after round-robin play concludes on Friday will make the playoffs.