Canada comes up short against Sweden at World Women’s Championship

SILKEBORG, Denmark — Against a team that by many standards is considered the best in the world, Team Canada couldn’t afford to make any mistakes on Friday morning at the Silkeborg Sportscenter. 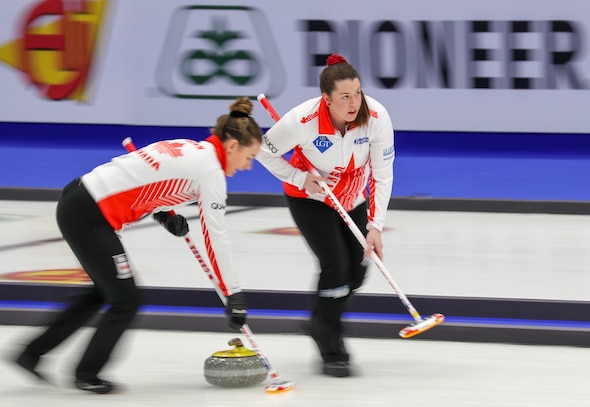 And for the most part, that happened. But two mistakes — one in the seventh and one in the eighth end — would prove costly as Canada’s Chelsea Carey bowed 5-3 to Sweden’s Anna Hasselborg at the 2019 LGT World Women’s Curling Championship, presented by Pioneer Hi-Bred. 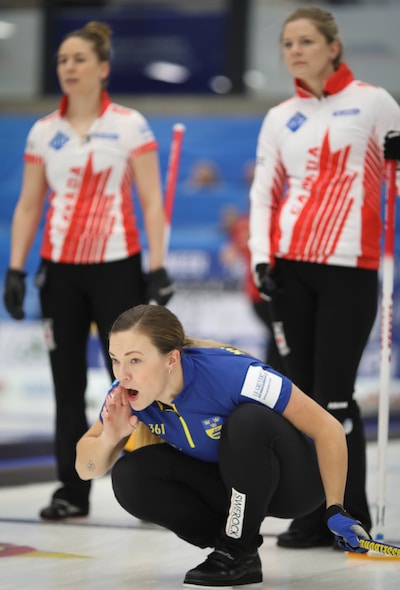 Then, Canada, Germany and the U.S. would finish with 6-6 records, tied for the sixth and final playoff spot, and with the teams all 1-1 head-to-head within that grouping, it would go to the Last Shot Draw distances, and Canada has a significant advantage over both the U.S. and Germany after Friday’s early draw. No tiebreaker games are played at the world championships.

“We’ll go out there tonight and give it our darndest (against Denmark) and see if we get some help,” summed up coach Dan Carey.

Canada was left in that position by two agonizingly narrow misses against the reigning Olympic champion Swedes, who’ve wrapped up first place in the 13-team round robin.

The Canadians had played a superb first six ends, cracking a deuce in the sixth after forcing Sweden to one in the fourth to open the scoring.

But in the seventh, Ferguson’s hack-weight takeout barely rubbed on a guard and the Swedes converted that into a go-ahead deuce.

An end later, Carey was attempting a hit-and-roll behind a stack of corner guards to set up a deuce. But the rock rolled a few centimetres too far and was second shot; Hasselborg drew to the rings to sit two and forced Carey to draw for the game-tying single.

And in the ninth, Sweden manufactured the game-winning deuce to put Canada’s backs to the wall.

“We played a good sixth end, but made some mistakes early in the seventh end and gave it right back to them,” said Dan Carey. “We just didn’t get precision when we needed it. It’s kind of the way the week has gone for us.”

Canada won’t be worrying about scenarios in its final round-robin game against the Danes.

“I haven’t actually even thought about tonight, because I was so focused on this game,” said Ferguson. “I guess now we’ll just regroup and try to have a good game tonight.”