Curling Canada is thrilled to announce the winners of the contests associated with the inaugural Curling Day in Canada, which made a highly successful debut on Feb. 23. 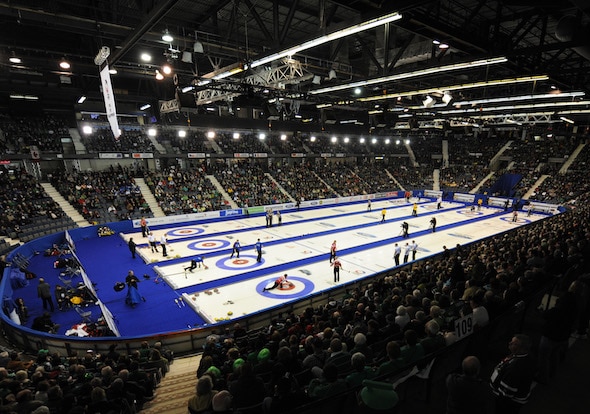 Curling Day in Canada, established to celebrate everything that Canadians value about the great sport of curling and the unique connections within the curling community, could not have been better received by the millions of participants and spectators across the country.

More than 300,000 viewers tuned into the one-hour special, produced and aired by TSN/Bell Media, which highlighted the welcoming culture and diversity of Canada’s grassroots curling community.  The program covered everything from backyard family rinks to the iconic Tankard Trophy visit at the Unionville (Ont.) Curling Club.

Engaging clubs and individual curlers from across Canada was an integral aspect of the Curling Day in Canada celebrations, and Curling Canada is pleased to report that more than 270 story submissions were received for the following prizes awarded by random draw:

Additionally, with 144 clubs registered to participate in a Canada-wide curling game, and each being asked to send in their top and bottom scores, this coast-to-coast undertaking determined the “top” as the winners with a final recorded score of 7,525 to 6,459 on the bottom. Each of these participating clubs was also invited to collect a $1 donation from each curler that played on Curling Day in Canada to earn a corresponding number of ballots in the draw for a chance to win $10,000 Club Grant.

Donations received from this collection, paired with funds generated from the Curling Day in Canada T-shirt campaign, totalled $17,834, which will be invested directly back into youth curling program development and support through the Curling Canada Foundation. With a cumulation of more than 9,200 ballots in the draw, Curling Canada is pleased to announce the Golden Ears Curling Club in Maple Ridge, B.C., as the winner of the $10,000 Club Grant!

With appreciation to every curler and curling centre that participated in the nationwide celebration, Curling Canada is already looking forward to a repeat performance for the 2020 Curling Day in Canada.