LETHBRIDGE, Alta. – The number of unbeaten teams has shrunk to three after three days of play at the 2019 Pioneer Hi-Bred World Men’s Curling Championship, presented by Service Experts Heating, Air Conditioning and Heating. 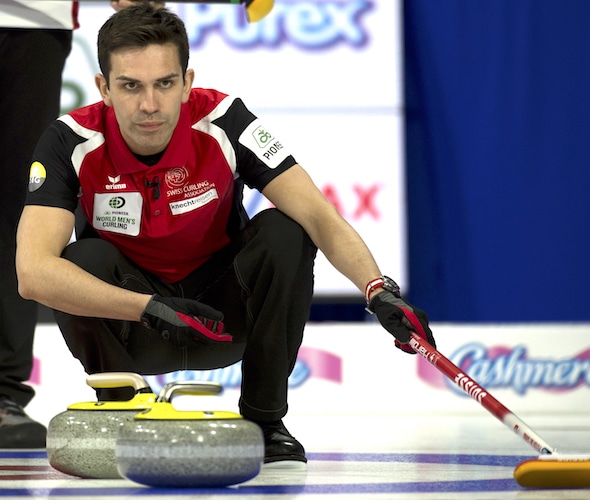 Kevin Koe of Canada, Peter de Cruz of Switzerland and Niklas Edin of Sweden are all at 5-0 following Monday night play that saw Edin beat Yuta Matsumura of Japan (4-1) 8-3 in seven ends, and de Cruz beat Marc Muskatewitz of Germany (1-4) 9-6. Deuces were the answer for de Cruz, vice-skip Benoît Schwarz, who throws fourth stones, third Sven Michel, lead Valentin Tanner, alternate Claudio Pätz and coach Thomas Lips. They posted twos in the first, third, fifth and eighth ends and stole a single in six. “Yeah we like the deuces,” said de Cruz. “We’ve been pretty efficient with the hammer so far. Played a good, aggressive game. It probably won’t be as easy tomorrow against the opponents we have, but so far so good.” Those opponents Tuesday are Sweden and Olympic champion John Shuster of the United States and the 29-year-old de Cruz says his team goes into those games confident. “We know if we play at the level we’ve been playing at it should at least be good enough to be close in these games,” said de Cruz, who has won bronze medals at the 2018 Olympics and the 2014 and 2017 worlds. “We just have to keep our heads down and not be thinking too much about the end of the tournament.” Edin, third Oskar Eriksson, second Rasmus Wranå, lead Christoffer Sundgren, alternate Daniel Magnusson and coach Fredrik Lindberg, looking about as sharp as they ever have, scored three in both the third and fifth ends “No I don’t think so,” Edin said when asked if his team can play much better, but admitted they made a couple of unforced errors early that Japan wasn’t able to capitalize on. “As soon as we were dialled in, made some key shots to stay in the game and when we got that three-ball in the third I think from there it was a pretty one-sided game.” Unbeaten halfway through the tournament and not yet having played into the 10th end, Edin says his team couldn’t be in a better position, with its record and being well rested. 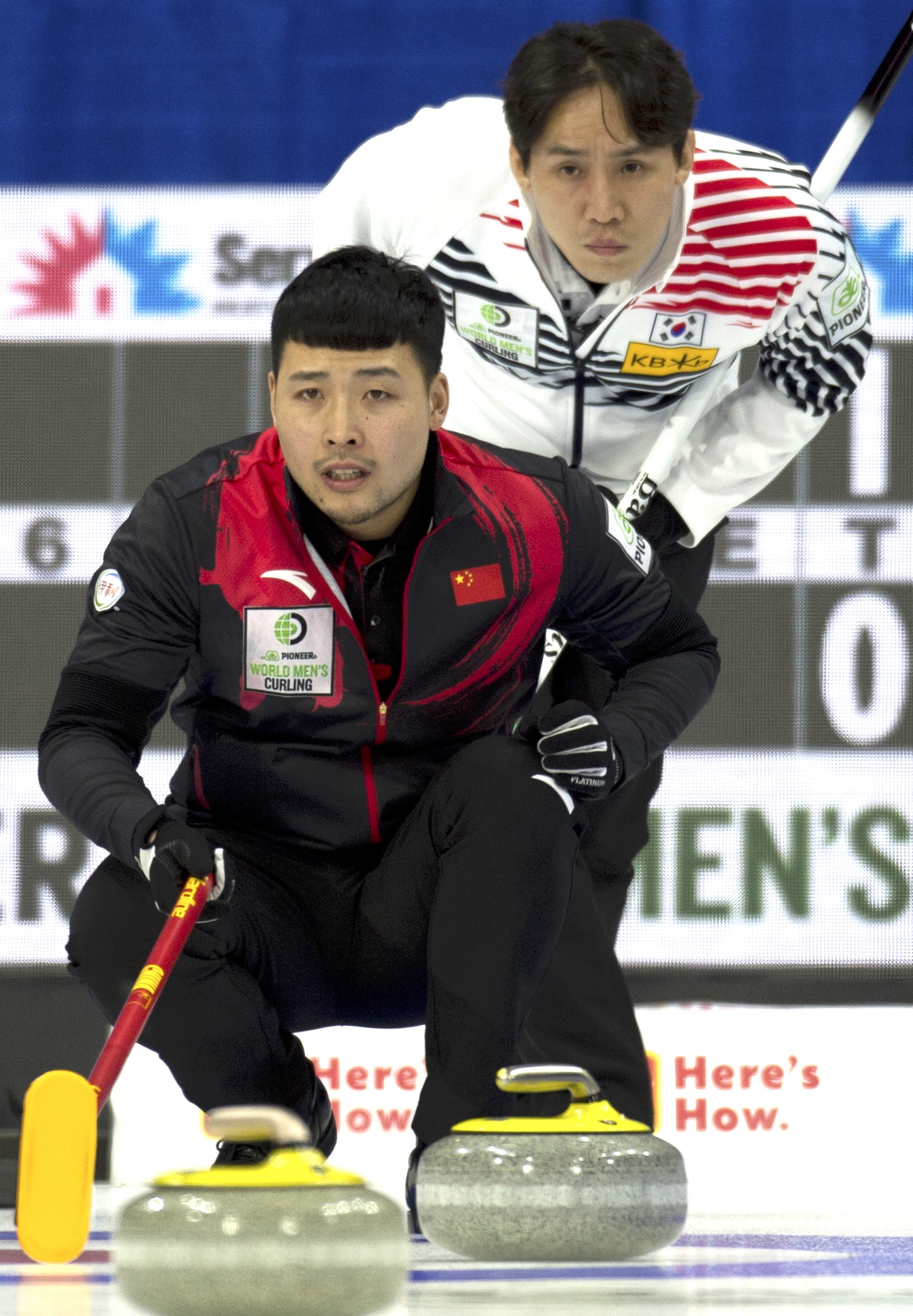 “On paper we have some tougher games ahead maybe, but playing Japan here where they were unbeaten as well, and we really, really played well after those first two ends,” he said. “We couldn’t be in a better situation, but at the same time it can turn around in a hurry if we lose one of two tomorrow and then playing Koe it might look totally different if you ask me in a day and a half.” Shuster and his U.S. teammates (4-1) remained firmly in the hunt for a playoff spot, beating Sergey Glukhov of Russia (1-4) 10-3 while Qiang Zou of China (1-4) gave up five in the second end but made a last-rock draw to score two in the 10th for a 9-8 win over SooHyuk Kim of South Korea (0-5). The 2019 Pioneer Hi-Bred World Men’s Curling Championship continues with draws Tuesday at 9 a.m., 2 p.m. and 7 p.m. (all times MT). Live scoring, standings and statistics for the 2019 Pioneer Hi-Bred World Men’s Curling Championship are available at wmcc2019.worldcurling.org/ TSN and RDS2 will provide complete coverage of the 2019 Pioneer Hi-Bred World Men’s Curling Championship. CLICK HERE for the complete schedule. For ticket information for the 2019 Pioneer Hi-Bred World Men’s Curling Championship, go to www.curling.ca/2019worldmen/tickets/ This story will be available in French as soon as possible at www.curling.ca/2019worldmen/?lang=fr