STAVANGER, Norway — Canada’s Jocelyn Peterman and Brett Gallant used their opening day victory against Romania at the 2019 World Mixed Doubles Curling Championship on Saturday to get a better feel for the ice. 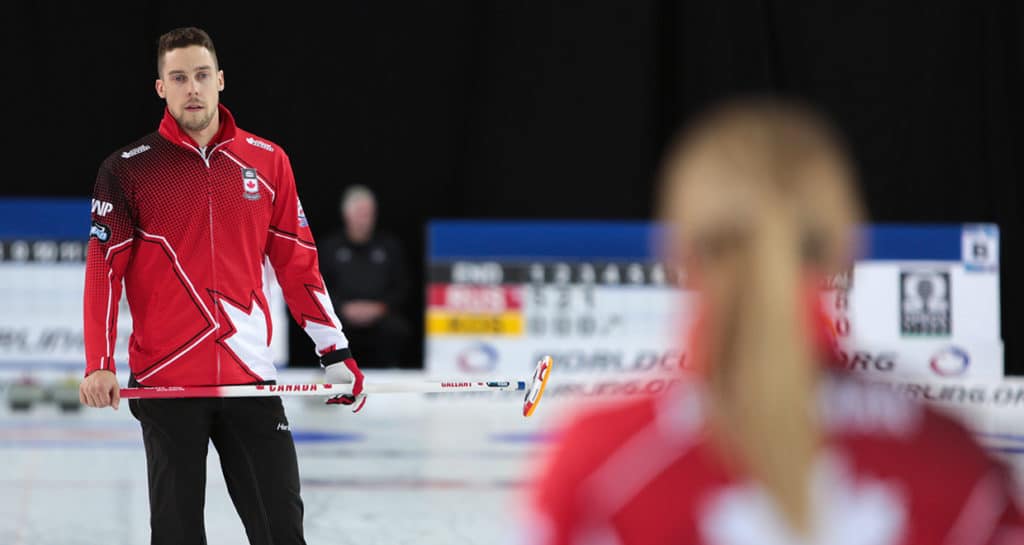 Peterman (Winnipeg), Gallant (St. John’s, N.L.) and coach Jeff Stoughton defeated Romania’s Iulia Traila and Allen Coliban 12-4 at Sørmarka Arena in their first round-robin game at the event. “Sometimes it’s a little different in the first game than the pre-event practice, so just trying to get a handle on the ice and speed was a big goal for that game,” Peterman said. The duo seemed quite comfortable from the get-go and opened the game in grand fashion. With her final shot, Peterman punched a Canadian stone further into the crowded four-foot to score four after a successful measure by an official. The duo maintained control in the second end and crowded the four-foot with red rocks. While Romania’s Traila made a nice double, Canada stole two to take a 6-0 lead after the second end and added another point in the third. 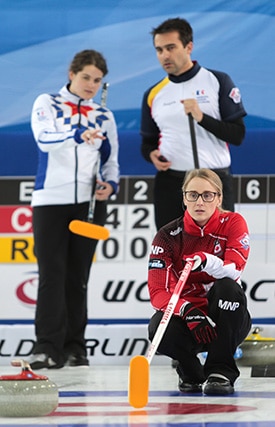 But Romania put some points up on the board in the fourth and fifth ends. First, it utilized a power play in the fourth end, which worked to their advantage. Peterman and Gallant were off by just a few inches on a few shots late in the end, which provided Romania with an open draw for three to trail 7-3 at the break. “I thought we controlled every end,” Gallant said. “We only had one unlucky break to kind of set up the three for them, but we were a half-inch away from making a really good shot and forcing them to one.” Canada used its own power play in the fifth to learn more about how the ice was running towards the outside of the sheet and attempted to remain defensive. Peterman was left with a tough runback double that would have resulted in a score of up to four points, but the shot was just off and gifted Romania with a point. Peterman and Gallant were back on the board in sixth end with a draw for three and 10-4 lead. Canada capped it off with a steal of two in the seventh and Romania shook hands afterwards. “They played well and made some great shots, but we had a good handle on our draw weight and that allowed us to set the angles up,” Gallant said. Canada’s next game is against Ukraine’s Olena Pazderska and Yevhen Stadnyk on Sunday at 8:30 a.m. ET. For Team Canada updates, go to www.curling.ca. Follow us on Twitter, @curlingcanada. For live scoring, standings and team lineups from the 2019 World Mixed Doubles Curling Championship, go to https://worldcurling.org/wmdcc2019 The French version of this story will be posted as soon as possible at www.curling.ca/?lang=fr