STAVANGER, Norway — A picked stone and a measure for the win. It was about as exciting of a result that curling fans ask for in the Canadian senior women’s second victory on Sunday at the 2019 World Senior Curling Championships. The Canadian senior men’s team also won its lone game of the day. 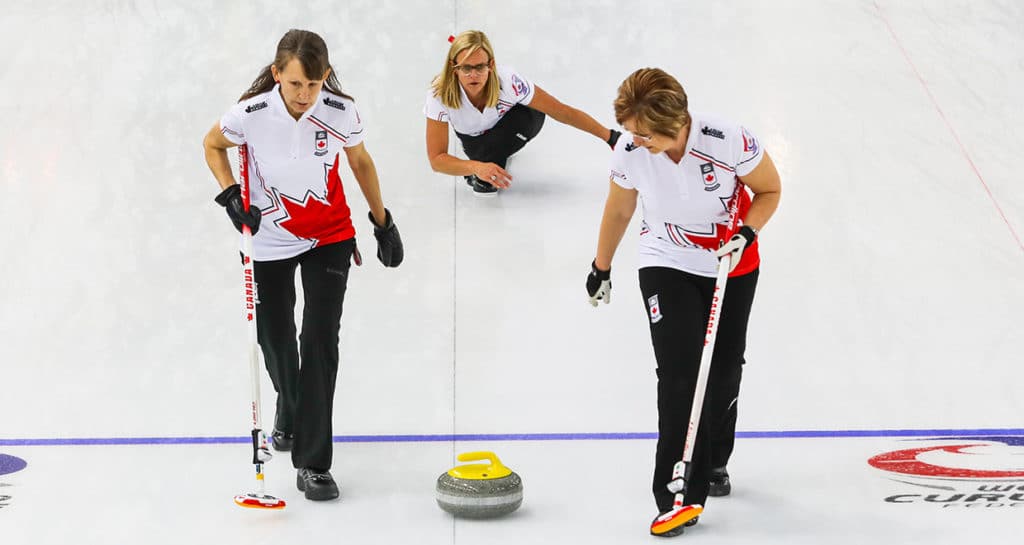 Norberg forced an extra end after tying the game 6-6 in the eighth. Fortune seemed to favour the Swedes in the additional frame, too. They controlled the front of the house and Anderson’s first shot in the end picked, stopping a bit shorter than where she anticipated.

“If it goes to where I want it, travels and goes three or four more inches, she’s got to get shot rock and I don’t have to throw my last one. That was unfortunate it just kind of hit a spot and then died,” Anderson said.

The miss eventually left Canada with a short tapback for the victory. The shot curled just enough to clip a Canadian stone into the four-foot, but the teams needed a measure to determine who was shot rock. While it wasn’t an ideal process, it was still a win for Canada.

“I just overthrew it. I threw too much weight and it kind of hung there. We were trying to sweep to make it curl a bit and it did thankfully. It came down to the measure, so how much more exciting can it get?” Anderson said.

The teams exchanged scores of two in the first three ends (end two was blanked) and Canada took advantage in the middle of the game, forcing Sweden to single points in the fourth and sixth ends while scoring two in the fifth and seventh ends. 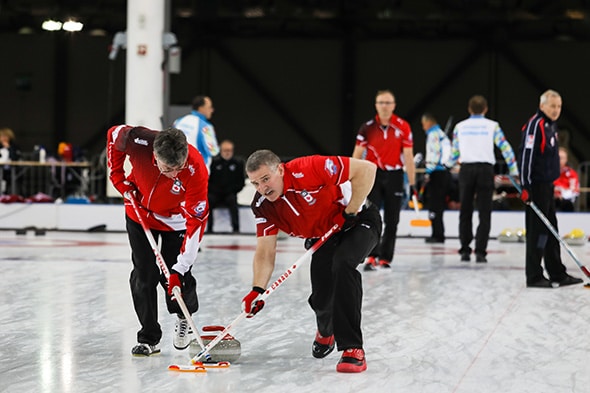 The Canadian senior women return to the ice on Monday against Lithuania’s Gaiva Valatkiene (0-2) at 10 a.m. (all times ET).

On the senior men’s side, Bryan Cochrane’s team from the Russell Curling Club in Ontario had to wait nearly 36 hours before playing their second game of the championship. But there was surely no rust in their game against Kazakhstan’s Viktor Kim.

Cochrane and his team won’t have to wait as long to play their next game, but it will be a more challenging one. They’re back on the ice on Monday at 6 a.m. against Germany’s Saile.