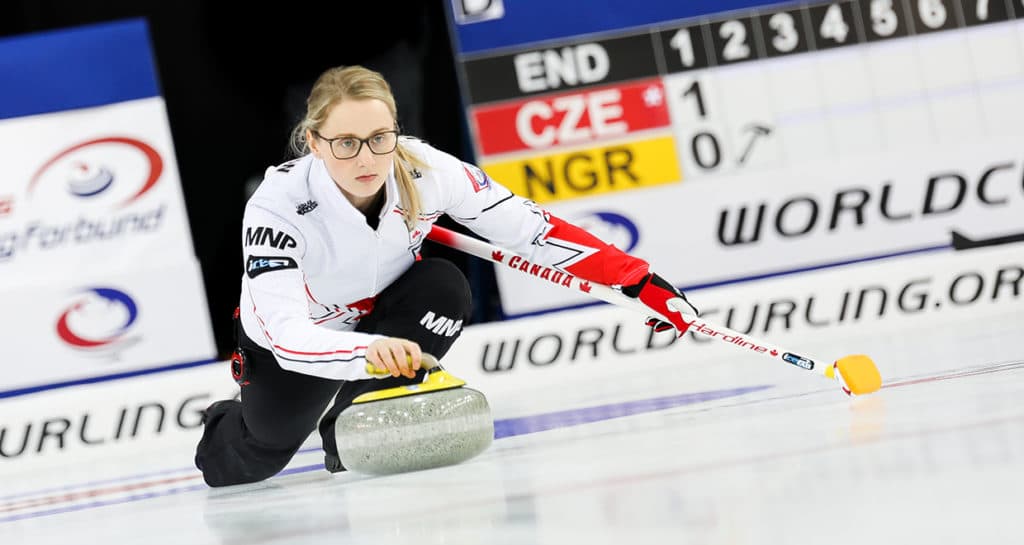 Peterman (Winnipeg), Gallant (St. John’s, N.L.) and coach Jeff Stoughton are now 2-0 in their pool after defeating Ukraine, a nation making its debut on the world curling stage this season. There are 48 teams at Sømarka Arena this week, meaning Peterman and Gallant are competing against some teams they’ve never seen on the international scene before. 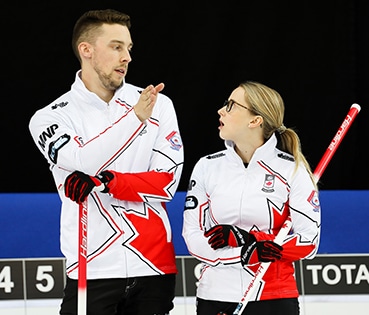 “It’s a good experience for us and I’m sure it’s a better experience for them to play some countries with a lot of experience. I’m sure they’re learning a lot from being here and being in these conditions,” Gallant said. “For us it’s kind of nice because we get to meet some people who otherwise without this event we probably would never cross paths with.”

The Canadian duo crafted a well-executed first four ends where it scored an additional point more than each previous end starting with a score of one in the first end and a four-ender in the fourth.

Peterman/Gallant capped off the game with game with additional four-enders in the fifth and sixth ends and finished the game after six ends.

“In the last three ends we played really, really strongly so that’s good for going into tomorrow,” Gallant said.

Canada’s next game is against Tatsiana Tarsunova and Ilya Shalamitski of Belarus at 2:30 p.m. on Monday.