STAVANGER, Norway — It seemed like an unorthodox strategy, but Canada’s mixed doubles team allowed Sweden to steal a point in the seventh and it paved the way to a 7-6 victory on Tuesday at the 2019 World Mixed Doubles Curling Championship. 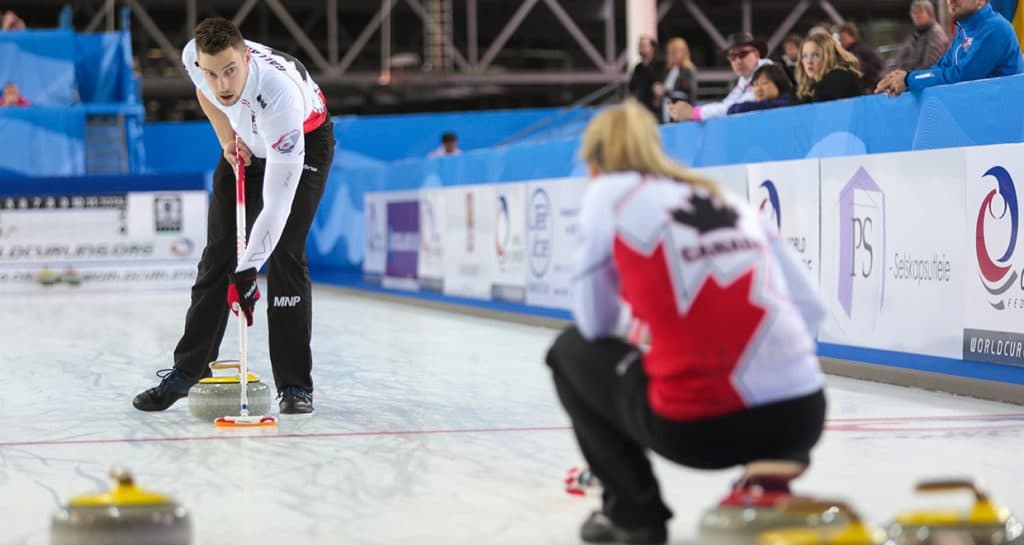 Leading 6-5 in the seventh end at Sørmarka Arena, Jocelyn Peterman (Winnipeg), Brett Gallant (St. John’s, N.L.) and coach Jeff Stoughton decided against using their power play with the hammer and hoped to either score multiple points or allow a steal. Sweden, represented by 2018 Olympic gold-medallist Anna Hasselborg and 2019 Pioneer Hi-Bred World Men’s Curling Championship gold-medallist Oskar Eriksson (vice-skip for Niklas Edin), scored one to tie the game and Canada used its power play in the final end to score a point for the win.

“I suppose there is a little bit of risk, but we knew if we ever give up a steal we have that power play in the eighth end,” Gallant said.

Hasselborg’s final draw in the eighth was light, meaning Canada didn’t have to throw its final shot for the win. The victory elevated Canada to a 5-0 round-robin record while Sweden drops to 4-1.

Sweden struck first during game. A meticulously-played end led to Canada playing a thin double to score multiple points in the first end. However, Peterman and Gallant missed the shot, resulting in a Sweden steal of one. In the second, Peterman and Gallant had a missed opportunity with a draw for three. The shot came up light and Canada took two in the second. 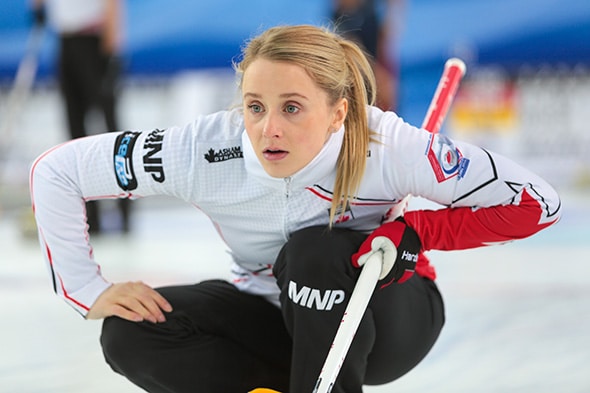 “A little frustration, you know, missed opportunity in both the first and the second end for sure. A little frustrated with that but we obviously felt like we were controlling the game and just not taking advantage of those opportunities,” Peterman said.

But Peterman and Gallant kept Sweden to a single in the third end. With Sweden sitting one, Peterman threw a guard on her last and Hasselborg’s final tapback attempt over-curled, leading to the force. In the fourth end, Hasselborg and Eriksson forced Canada into a tough in-off attempt, which Peterman and Gallant missed. Sweden took a 3-2 lead at the break.

“That’s a tough team. Really happy with the win. It’s fun to play those games because it’s just a battle the whole time and you really have to pay attention to every shot and treat every shot with a lot of respect because if you leave the angles set up for Oskar or Anna, they make a lot of rocks go away in a hurry,” Gallant said.

Canada started the second half of the game on fire. Gallant made two perfect shots and that – combined with a missed runback attempt from Sweden – led to Peterman drawing for four in the fifth end. Sweden used its power play in the sixth end and crafted a two-point end to get within one.

Earlier on Tuesday, Peterman and Gallant cruised through their game against Denmark’s Christine and Martin Groenbech 11-5.

Canada has one mixed doubles game on Wednesday against Ling-Yue Hung and Jasong Chang of Kong Kong (1-4) at 11:45 a.m. ET.