STAVANGER, Norway — The Canadian senior men’s and women’s teams are one step closer to winning double gold at the 2019 World Senior Curling Championships. Teams led by Bryan Cochrane and Sherry Anderson won their games on Wednesday and qualified for the playoffs. 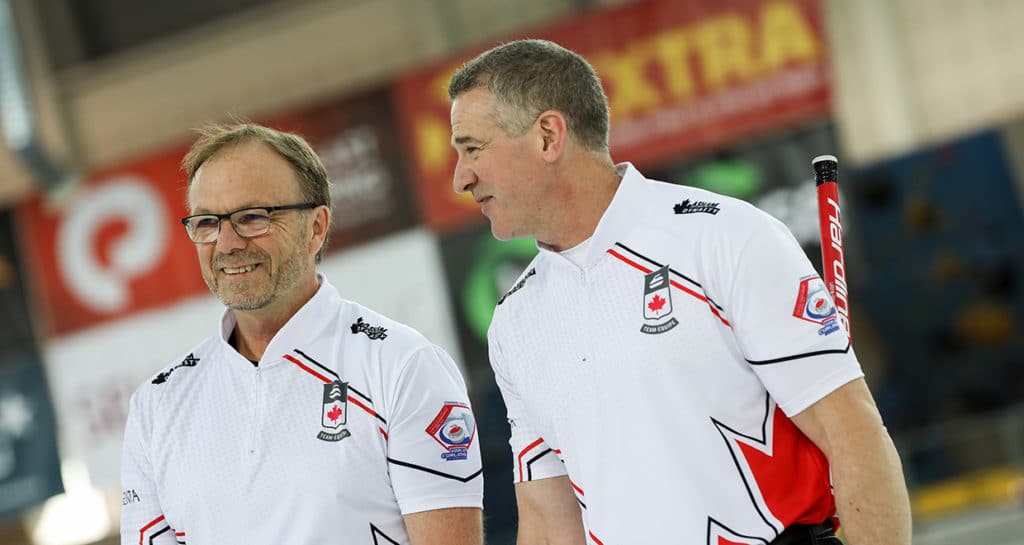 “I thought we played pretty well. We watched the Norwegian guys play a little bit this week and we knew they know how to play. They’ve got some pedigree on the team too from yesteryear,” Cochrane said of Davanger, who won gold at the 2002 Olympics as second for Pål Trulsen.

Canada put a lot of pressure on its opponents in the first end, scoring three right off the bat. Canada forced Norway to one in the second end and added four more in the third for a 7-1 lead.

“We decided to go right after them and we got that nice three in the first. We played pretty well and we made a lot of nice shots in the end where we got four as well. We gave up a couple of points we didn’t want to, but overall when we had to get points we went at them. We were aggressive and it worked out nicely,” Cochrane said.

An aggressive game plan sometimes leads to giving up points, which occurred in the second half of this game. Norway scored three in the fourth end, but Canada replied with three of its own in the fifth. The home team also put together a score of two in the sixth end and a steal of one in the seventh, but Canada ran its opponents out of rocks in the final end for the win. 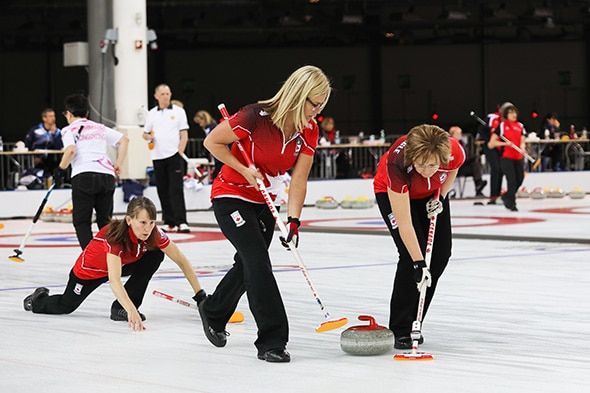 The senior men’s team from the Russell Curling Club in Ontario is now 5-0 and locks up first place in its pool with the victory. Even if it loses the final round-robin game against Italy’s Antonio Menardi (2-2) at 2 a.m. (all times ET) on Thursday, Canada will place first due to its head-to-head record with Norway (5-1).

“Winning the next game against Italy would be important too because if all the pool leaders are tied I think it comes to draw shot (draw to the button distances) and I know we’re first in the draw shot too,” Cochrane said.

The team from the Nutana Curling Club in Saskatoon benefitted from a score of four in the third and three in the sixth. Hong Kong kept itself in the game with a timely steal of two points in the fifth end.

Canada is alone at the top of its pool with a 6-0 record, but will still need a strong showing in its last round-robin game against Margie Smith of the United States (4-1, prior to its game on Wednesday) on Thursday at 10 a.m.