STAVANGER, Norway — It wasn’t the shot of his lifetime, but it was close. Canada’s Bryan Cochrane played a highlight reel shot in an extra end to win gold at the 2019 World Senior Curling Championships on Saturday. Canada’s Sherry Anderson also won her second consecutive world title at the event. 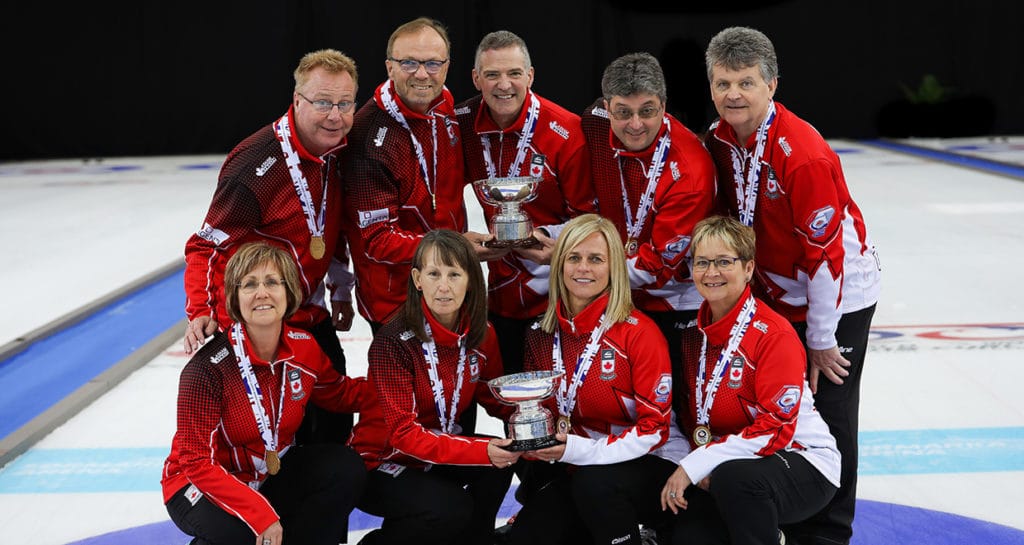 Cochrane, vice-skip Ian MacAulay, second Morgan Currie, lead Ken Sullivan, alternate Paul Adams and coach Bill Tschirhart defeated Scotland’s David Smith 7-5 in an extra end at Sørmarka Arena to win the gold medal. Tied at 5-5, Scotland was well-guarded after throwing its last shot in the extra frame. It left Cochrane and his team from the Russell Curling Club with a long angle raise on a guard to score two points.

“It feels really good. Pretty special to win this. This is probably my last kick at the can here,” the 61-year-old skip said.

Cochrane says it is the second most memorable shot he’s ever played in his career. The only one to top it was a shot that earned him the opportunity to represent Ontario at the national men’s curling championship in 2003.

“The shot to go to the Brier against Peter Corner, that was really special. But this, I never thought seniors would be close to what I felt when going to the Brier, but that was a lot of fun. Fun for the guys, fun for the fans and all the people that have supported us,” he said. 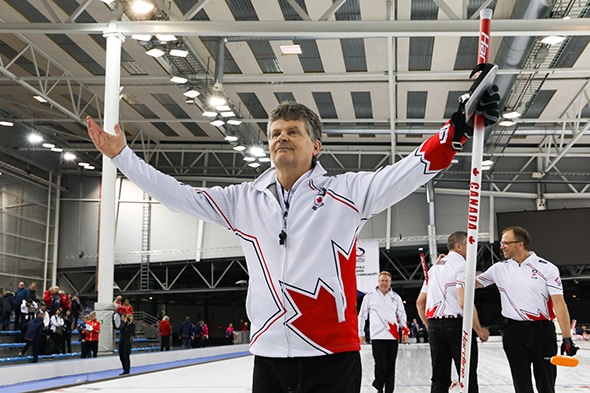 Canada had a 5-4 lead heading into the eighth end without hammer and Scotland’s Smith had a hit for the win. However, the shot ticked a guard and Scotland only scored one to tie the game.

Cochrane adds a much anticipated gold medal to his trophy case after winning silver at the 2017 World Senior Curling Championships in Lethbridge, Alta.

Cochrane defeated Denmark’s Ulrik Schmidt 7-4 in the semifinal earlier in the day.

The team from the Nutana Curling Club started the game on a high note, navigating Anderson’s final hit through a port to score three. In the second end Canada made a runback on its last to force Denmark into a draw for one. After that, Canada left the Danes in the rear-view mirror. Canada made a hit for three, took a 6-1 lead and kept the remainder of the game relatively clean. 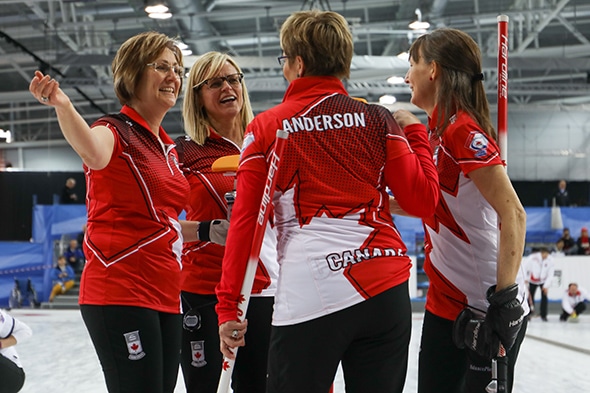 Anderson will get the opportunity to win a third consecutive title next year. Anderson’s team will represent Canada at the 2020 world seniors in Kelowna, B.C., from April 18-25.

“It’s special. You know, we have a good time together. Seniors is a little more laid back and we appreciate life and what life brings. It’s good to spend a week with them,” Anderson said.

Anderson defeated Scotland’s Susan Kesley 7-3 in the semifinal. Canada took control of the game in the second half after making a hit for four in the sixth end. Canada stole a point in the seventh and ran Scotland out of rocks in the final end.

This is Canada’s 14th women’s gold medal at this event and 12th for the men.