2019 For the Love of Curling scholarship program now accepting applications

Canada’s future stars on the ice have the opportunity to also further their ambitions in the classroom, thanks to the Curling Canada Foundation’s For the Love of Curling Scholarship program. 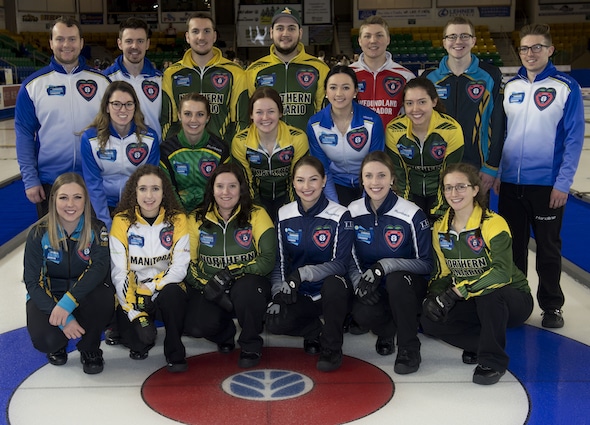 Applications are now being accepted for the 2019 For the Love of Curling Scholarships, which are funded through the generous support of the Canadian curling community.

A total of 10 $2,500 scholarships will be awarded to male and female curlers who best demonstrate athletic and academic prowess as well as community leadership.

“It’s always exciting to see the results of this Curling Canada Foundation program, because it produces such a tangible outcome,” said Maureen Miller, Chair of Curling Canada’s Board of Governors. “The scholarships will give young curlers across the country an amazing opportunity — not only to continue improving as athletes and students, but also as citizens, and that’s truly gratifying.”

At the 2019 New Holland Canadian Junior Curling Championships in Prince Albert, Sask., there were 18 former recipients of the For The Love of Curling Scholarship, including two-time reigning world and three-time reigning Canadian junior men’s champs Tyler Tardi and Sterling Middleton.

Another former recipient, Karsten Sturmay, will be a member of the 2019 Selection Committee.

All of the 2019 scholarships will be awarded to deserving young athletes from across Canada to help post-secondary athletes cover some of their education and curling costs.

Emphasis will be placed on athletes who have competed at the provincial/territorial level or higher, who have maintained a good level of academic standing, while showing a strong commitment to their community through involvement in coaching, instructing and volunteer activities. Athletes must be under the age of 24 as of Dec. 31, 2019, and not have received the For the Love of Curling Scholarship previously.

The application process runs from May 1 to June 30, 2019. Scholarships will be awarded in August.

For more information or to apply, visit online at www.curling.ca/scholarship2019.