Team Jennifer Jones made its debut at the Curling World Cup in Beijing on Wednesday and, naturally, the team fit right in with a convincing opening-day victory. It was one of the highlights during a day where Canada picked up two out a possible five wins. 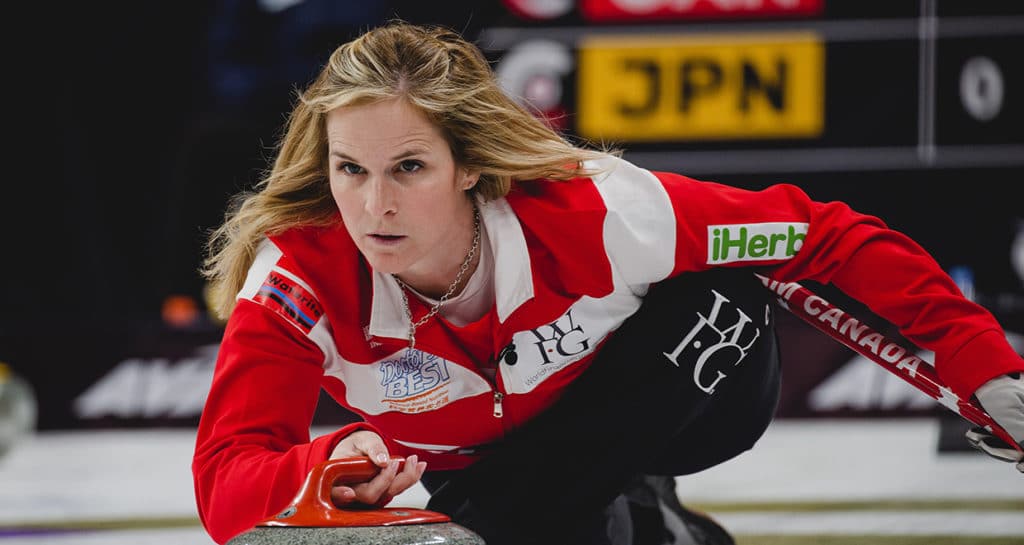 Jennifer Jones and her team from Winnipeg picked up an opening-day 10-1 victory against Japan’s Satsuki Fujisawa on Wednesday at the Curling World Cup Grand Final in Beijing. (Photo, World Curling Federation/Céline Stucki)

Jones, a two-time world champion, got the best of Japan’s Olympic bronze-medallist Satsuki Fujisawa in the opening day of competition at Shougang Arena. Jones, vice-skip Kaitlyn Lawes, second Shannon Birchard and lead Jill Officer dismantled the Japanese team 10-1. Jones simply did not miss on Wednesday with a shooting accuracy of 98 per cent. The nearly-perfect game, combined with Fujisawa’s shooting accuracy of 54 per cent, elevated the team from Winnipeg to victory in just six ends. Jones played a raise to score three in the second end for an early 3-0 lead and forced Japan to one in the third end. The Jones team made an open hit for three in the fourth end and stole two points in both the fifth and sixth ends. The win was welcomed by Lawes because her team suffered two lopsided losses to Fujisawa this season at Grand Slam of Curling events – an 8-2 loss at the Boost National and 9-3 loss at the Meridian Canadian Open. “We weren’t really sure what to expect here, they are a very talented team and we have lost to them a couple of times this year,” Lawes said. “We knew it would be tough and wanted to take it one shot at a time and luckily we got to take advantage of lots at times.” Team Jones continues its path through the event on Thursday in Beijing with one game against China’s Yilun Jiang at 8:30 p.m. (all times ET), which occurs on Wednesday evening in Canada. 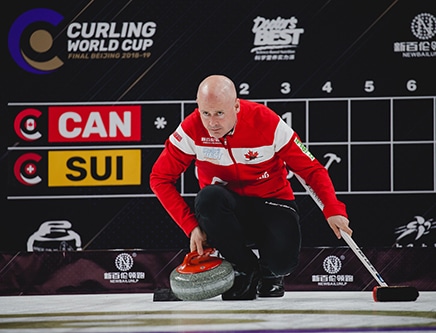 Canada’s men’s teams lost both of its games on Wednesday. Calgary’s Kevin Koe, vice-skip B.J. Neufeld, second Colton Flasch and lead Denni Neufeld lost 6-2 to Switzerland’s Yannick Schwaller. Trailing by two in the seventh end, Koe opted to peel his own rock out of play to retain hammer in the final end instead of tying the game but giving up hammer. However, the decision didn’t pay off as Koe was left with a difficult hack-weight double in the final end that didn’t curl enough to make the shot. It provided Switzerland with a steal of two for the win. In the other men’s game of the day, Matt Dunstone of Regina lost in a shoot-out to defending Olympic champion John Shuster of the United States. Dunstone, vice-skip Braeden Moskowy, second Catlin Schneider and lead Dustin Kidby trailed 5-1 at the fourth-end break but they battled back. First, the team scored one in the fifth end and then tied the game with a steal of three in the sixth. Canada and the United States exchanged single points in the final two ends leading to the shoot-out. Canada’s Dunstone placed his rock well into the four-foot, but Shuster landed his shot on the button for the win. Both men’s teams have two games coming up on Thursday. Koe begins the day with a game against Norway’s Thomas Ulsrud at midnight, followed by Scotland’s Ross Paterson at 7:30 a.m. Dunstone will take on defending world men’s champion Niklas Edin of Sweden at midnight and China’s Qiang Zou at 7:30 a.m. 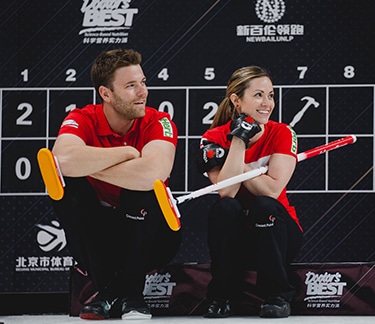 Canada’s two mixed doubles teams split its games on Wednesday. Laura Walker/Kirk Muyres (Edmonton/Saskatoon) defeated the Chinese host team of Cao Chang and Yuan Mingjie 7-3. Walker and Muyres opened with a score of two and stole a point in the second end for an early 3-0 lead and supplemented it with scores of two in the fifth and seventh ends. Canada kept China to singles in the third, fourth and sixth ends. “Kirk is unwavering. He is the same person no matter what out there by being super supportive,” Walker said of her partner. “He’s positive and never changes whatever the circumstances are. He is a big game player and a huge bounce back player to bail us out of trouble again and again.” Canada’s second pairing of Kadriana Sahaidak/Colton Lott of Winnipeg Beach, Man., started the Grand Final with a close 6-5 loss to 2018 Olympic bronze-medallists Kristin Skaslien and Magnus Nedregotten of Norway. Canada took a 3-1 lead after the first three ends, but Norway regained the advantage with a score of three in the fourth and a steal of one in the fifth. Canada tied the game 5-5 with single points in the sixth and seventh ends, but Norway scored one in the final end to win. Both mixed doubles teams play two games on Thursday in Beijing. Walker/Muyres take on Sarah Anderson and Korey Dropkin of the United States on Wednesday night in Canada at 8:30 p.m., followed by Switzerland’s Michele Jaeggi and Sven Michel at 4 a.m. on Thursday morning. Sahaidak and Lott will play Switzerland’s Jenny Perret and Martin Rios on Wednesday night at 8:30 p.m. and close their day at 4 a.m. on Thursday morning with a game against Russia’s Maria Komarova and Daniil Goriachev. Canada’s coaching staff consists of Nolan Thiessen, Paul Webster and Geoff Walker. All teams will play a double round robin within their four-team pools from Wednesday to Saturday. The top teams in each group move into the finals on Sunday. First prize in the men’s and women’s finals is $27,000 US, with $13,000 US going to the runner-up. In mixed doubles, top prize is $13,500, with $6,500 going to the runner-up. As well, round-robin victories are worth $3,000 apiece to four-player teams, and $1,500 to the mixed doubles entries. View the full schedule and all teams competing at the second leg in Beijing by CLICKING HERE. For more information on the Curling World Cup, CLICK HERE. Selected games at the Grand Final of the Curling World Cup will be broadcast on TSN as well as the World Curling Federation’s YouTube channel. Here are TSN’s broadcast plans (all times ET; all subject to change):