They’re recent national junior and university champions, but it’s not about what these athletes have accomplished in the past; it’s about their potential of providing excellence to Canadian curling for years to come. 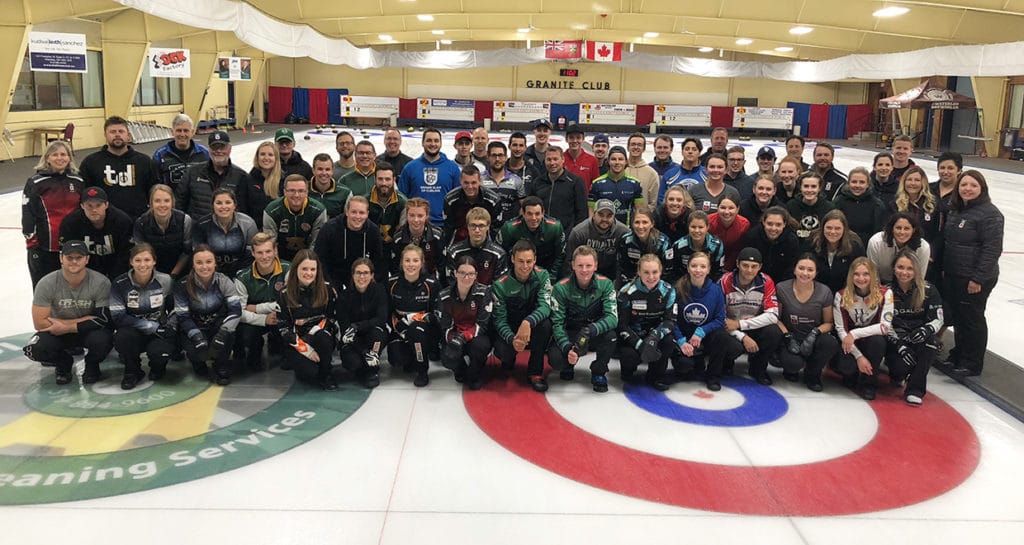 Future Scotties Tournament of Hearts and Tim Hortons Brier champions were on the ice at the KW Granite Club in Waterloo, Ont., jumpstarting their season at Curling Canada’s NextGen camp in mid-August. The NextGen camp, operating with support from Own the Podium, targets up-and-coming elite curlers to help them continue succeeding at the sport.

“These curlers are tracking in an upward direction and I think those are some really key athletes to spend some time with and provide resources to help them continue their path,” said Helen Radford, Curling Canada’s manager of program development and youth feeder system.

Twenty-four of the 52 curlers on the ice were former or current national junior champs, accumulating 36 titles amongst them. The field featured other young curlers who performed solidly at nationals during their junior careers, such as Manitoba’s JT Ryan and Jacques Gauthier (2019 silver- and 2018 bronze-medallists) and British Columbia’s Sarah Daniels (2014, ’16 and ’19 silver-medallist) to name a few. Four-time Scotties competitor Tracy Fleury of Manitoba and Matt Dunstone’s Curling World Cup championship-winning team from Regina were also at NextGen to improve elements of their game. Canada’s Youth Olympics Game team was at the camp (plus an additional four Youth Olympians from previous events), as were 16 Curling Canada For the Love of Curling scholarship recipients. 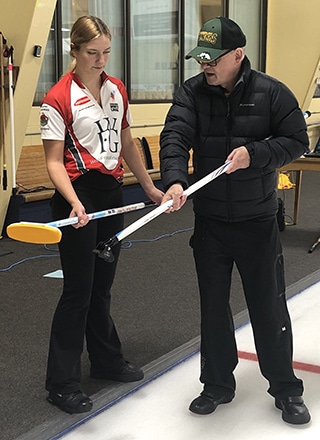 From technical to tactical, there were a variety of components that athletes could work on and all were led by a widespread talent of national coaches, featuring prominent players such as Steve Gould, Lori Olson-Johns, Scott Pfeifer, Pat Simmons, Renée Sonnenberg and Lisa Weagle.

“It’s incredible, you see these people that you used to watch on TV as little kids, like Scott Pfeifer and Steve Gould, and it’s crazy to have them talking to you and giving you advice. You’re learning from the best and you can’t ask for more,” said 2013 national junior women’s champion Corryn Brown of British Columbia.

Radford said that everything was on the menu for the athletes, so to speak, noting the coaches are experts in a wide range of topics such as sweeping, strategy, mental performance, strength and conditioning, analytics and more. While some of the sessions were pre-planned, teams and individuals had other time slots available to book private sessions with the coaches to work on whatever benefits them the most.

2017 national junior champion Kristen Streifel of Edmonton, who was at the camp as an individual athlete, wanted to take advantage of every opportunity she could over the course of the weekend.

“This weekend has been amazing, I wish it could be a month long,” she said. “There’s so many fantastic resources and I think the biggest thing is there’s a good ratio of coaches to athletes. It’s nice to have that one-on-one interaction with these elite players.

“It’s a bit different being here as an individual because you have to be your own advocate,” added Streifel. “I find that it makes you a lot more honest to the game because you’re really focusing on yourself – what your weaknesses are and what your strengths are. It allows you to figure out where your growth needs to happen and put a lot of emphasis on your own areas of the game.”

One element of the game that received notable attention was the rising prominence of analytics in the sport. Sonnenberg, the Curling Canada analytics lead, led numerous sessions over the weekend highlighting various scoring scenarios and correlating them with the likelihood of winning. She also hosted one-on-one sessions with the teams to review their statistics from last season and give them an opportunity to see their strengths and weaknesses.

“Our team can’t stop talking about how beneficial this weekend has been. Definitely Renée’s session on analytics has been big standout for us,” said 2014 and ’15 national and world junior women’s champion Kelsey Rocque of Alberta. “Just looking at the numbers and strategy that way has really stuck with our team and it’s something that we’ll look at going forward.”

For some teams the analytics confirmed what they already knew, but for others they highlighted some new key issues to focus on for the upcoming season. In a sport where the level of talent continues to rise, every competitive analytic advantage can go a long way in helping teams break through at the top ranks of the game.

Analytics are being used by several teams in the international ranks and are contributing to other countries’ successes at world events. The NextGen program is preparing for the future so these athletes and teams are ready to represent Canada at world championships and future Olympic Games.

“We recognize that the athletes in other countries are getting younger and being targeted at a younger age,” Radford said. “They’re getting a lot of resources, time and expertise and we’re trying to make sure we’re staying on top of things and remaining leaders of the game.”

Whether it’s technical, strategic or mental insight, Radford encouraged these younger athletes to be curious about the game, think about it differently and experiment to see where they can gain competitive advantages.

Later this season some of the camp participants will receive an invitation to a NextGen mixed doubles event being hosted concurrently with the 2019 Home Hardware Canada Cup in Leduc, Alta., from Nov. 27 – Dec. 1. 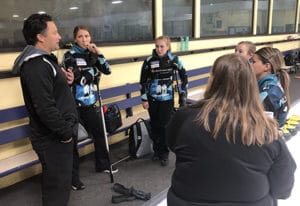 For the Love of Curling scholars at NextGen: