Keith Parry, manager of the Comox Valley Curling Club in Courtenay, B.C., says that in recent years, Friday nights were “dark”, unless the club was hosting a bonspiel. Something had to change. “So I partnered with a local craft brewery to start a Friday Fun League running in five-week rounds,” Parry says. “It’s popular and has expanded to three draws.” When the curlers come off the ice, they’re now enjoying Parry’s recent overhaul of the bar: he got rid of the (his words) “crappy beer and rancid equipment” and installed six lines of rotating craft beer. That’s just one of the changes Parry introduced to rev up the curling experience and grow membership at his club. 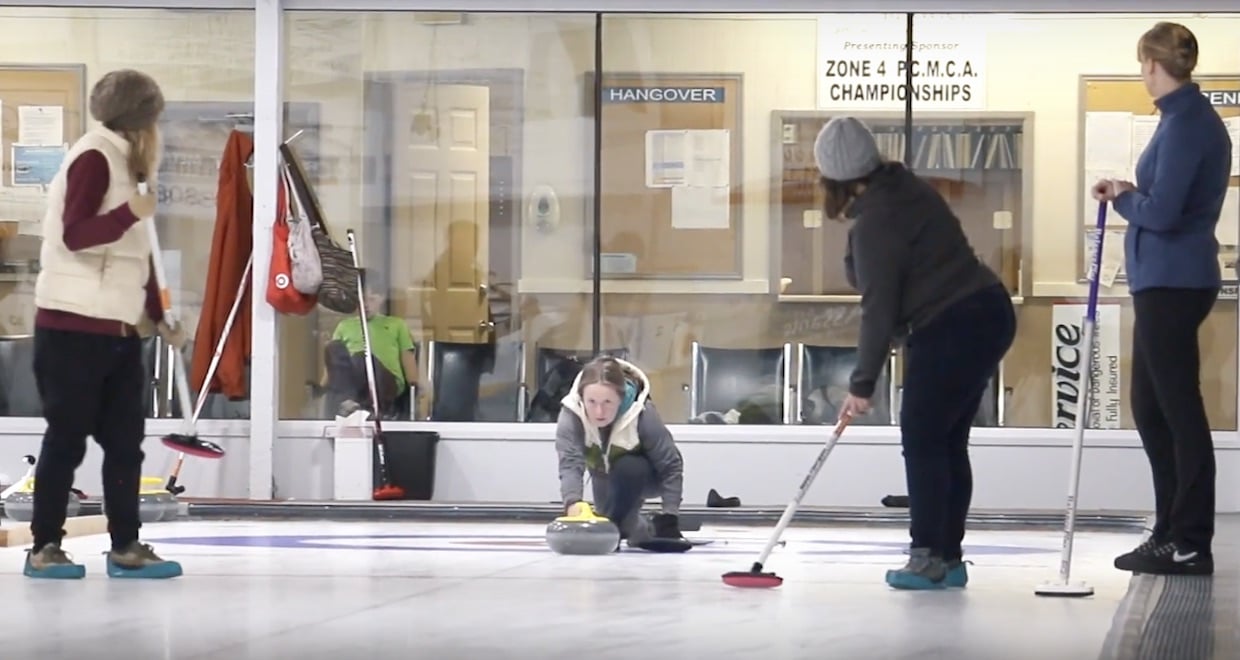 After picking up some ideas at the 2017 Curling Canada Business of Curling Symposium in Kelowna, B.C., Parry also implemented an Adult Learn To Curl program, and it’s been a hit, with participants joining other leagues as their skills and confidence grows. “We started a shorter 10-week fun league on Sundays, too. This season that league involves 10 teams,” says Parry about the spin-off advantages of getting new curlers through the door. “We aren’t necessarily gaining serious curlers, but we are gaining social curlers who are having a blast. Are our Ladies and Mens and Mixed leagues full? No. But the growth in introductory curling (in the social league) is more than compensating for the stagnancy there.” “I’m also really trying to change the old boys club attitude that has been prevalent here, and make the things more inclusive and dare I say…younger,” he says. These initiatives have contributed to a significant culture change that is paying dividends. In his own words, Parry shares how these business strategies got rolling and how they’ve improved the curling experience at Comox Valley: Beer League benefits I approached friends at Gladstone Brewing https://www.gladstonebrewing.ca/ with the idea of sponsoring a new Friday Fun League that I had planned. Before I arrived here, the club was closed on Friday evenings unless it was a bonspiel weekend. So I designed the league in six-week rounds, wrote a press release with the Brewery’s involvement, got a nice story from the local paper, designed a great poster for around town, and did some targeted Facebook ads. Response was great! Initially we were shooting for one draw on Friday nights, but it started at 12 teams. Then we took over the unused sheets in the subsequent time slot (up to 18 teams). Then we took over that time slot, sold it out at 24 teams…and this year we have grown it to 36 teams, three full draws, and we have a waiting list. We created a Sunday Fun League to catch the spillover and that league now has 10 teams. The other important thing we did was recognize that these younger new curlers, like myself, who had just moved over from a vibrant Vancouver craft beer scene, wouldn’t drink the big brewery bottles and stale taps the club had historically stocked. So in consultation with Gladstone’s owner, Daniel Sharratt, we installed all-new beer lines and a revolving selection of some of the best craft beer from Vancouver Island and elsewhere in B.C. Response was instant club-wide, and bar sales went up dramatically. Changing the beer daily is enormous fun and gives beer enthusiasts something to look forward to whenever they visit the club. 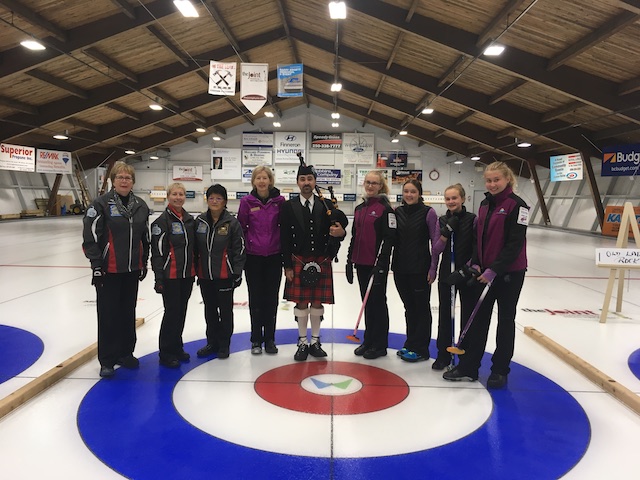 Getting new curlers through the door and on to the membership list We ran the Learn To Curl Program for the first time in the second half of our season last year. We tweaked it a bit for this season, changed the time slot to use the four sheets of open ice on Thursday nights that were available, and sold it out at 32 curlers. Thirty-one of those curlers have now signed up to other leagues! We have also launched a Learn To Curl League going forward (eight weeks of instruction in the first half, then eight weeks of games in the second half). We drew instructors from an amazing group of volunteer club supporters who saw the long-term need for the program. It’s not always easy to get instructors out weekly, especially for 9 p.m. sessions, but we made it happen. What contributes to culture change? Just little things really. Less sports on TV, more music (the club has a Spotify account so we play music to suit each league as they come off the ice), better choices of wine and other spirits (not just beer), and just a conscious effort to make the club friendly and inclusive to all and make sure everyone remembers that curling is fun. And yes, there is a Giant Jenga game… Advice for other clubs looking to attract new curlers and freshen things up? Shorter leagues, let’s call them “funner” leagues, help people curl. It is a ton more work, but putting teams together is essential for many new curlers who don’t know enough other people to join a league. How do you sell new curlers on a 23-week (or longer) season with people they don’t know who also might have forgotten that curling is fun? And those same people like the idea of growing the club and their league, but don’t want to take a new curler onto their own team. Anyone can commit to five- or six-week league until they are ready to get more serious. The Comox Valley Curling Club Beer League initiative was written up in the Comox Valley Record. Read the story here. A local realtor interviewed Comox Valley Curling Club manager Keith Parry for a video blog about lifestyle attractions in the region. Watch here. 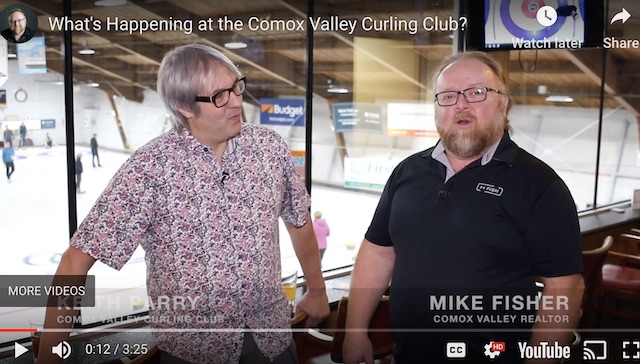