Many teams getting season underway at Stu Sells Oakville Tankard

It happens every year. Before you’ve put the golf clubs away, finished your slo-pitch softball season or put away your camping gear, curlers from around the world are hitting the ice in World Curling Tour events, and often in unfamiliar combinations of players. 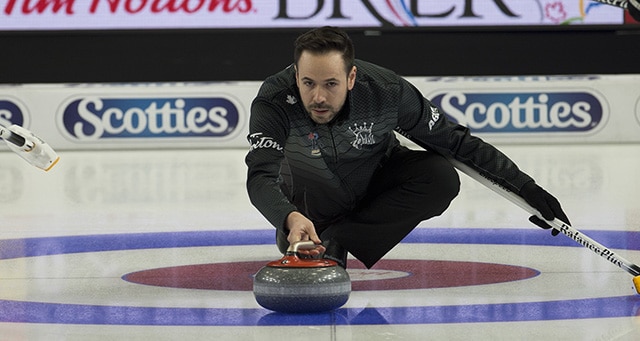 Although the Tour website says this is the seventh week of the season (an event in Japan was held in June, marking the “official” start), the Stu Sells Oakville Tankard in Oakville, Ont., is really the kick off of the competitive season for most teams. The event runs from Sept. 5-8.

Starting Tuesday night, 72 teams began to arrive at the Oakville Curling Club ready to compete for $72,000 ($36,000 purse in both men’s and women’s competition) in prize money. The two 36-team fields (men and women) feature national, world, and Olympic champions from across Canada and around the globe.

On the men’s side, the lineups are just as impressive and as unfamiliar. Toronto’s John Epping is trying out his new vice-skip Ryan Fry, while Winnipeg’s Jason Gunnlaugson adds Adam Casey to the mix at second.

Winnipeg’s Mike McEwen has the same lineup as last year on paper, but the personnel on the ice isn’t what we are used to seeing. While Reid Carruthers and Derek Samagalski are expected to play, both McEwen and lead Colin Hodgson are battling injuries. McEwen didn’t make the trip to Ontario, while Hodgson has been receiving treatment and claimed he’d be a game-time decision. Another Winnipegger, Daley Peters, has made the trip to fill in for the injured McEwen.

The modified round-robin will lead to 12 qualifying teams in both the men’s and women’s events. The playoffs will wrap up on Sunday afternoon with the winning team taking home a cheque for $8,000.