Covering the walls of the Oakville Curling Club are a number of championship banners sporting the name “John Epping.” Until this weekend, however, it had been a long time since he’d won an event in that building, on that ice. 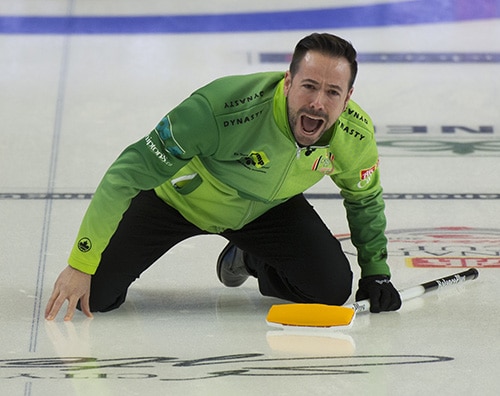 Epping and his team won $8,000 and earned 72.343 points on the Canadian Team Ranking System (CTRS) and World Curling Tour Order of Merit, after finishing the weekend with a 7-1 record. His only loss was in pool play to Sam Mooibroek (Cambridge, Ont.).

The international entries included European and world champions – Bruce Mouat (Scotland), Thomas Ulsrud (Norway), and Peter de Cruz (Switzerland) – but they all bowed out in the quarterfinals.

On the women’s side, the international teams fared much better. Sweden’s Anna Hasselborg knocked off Russia’s Anna Sidorova in the final, her team $8,000 to Sidorova’s $5,000.

Otherwise, the Canadian women struggled against the world field. Only five of the 12 playoff spots were won by Canadians, while teams from Scotland, Sweden, Russia, Switzerland, Japan, and South Korea filled out the championship draw.