If there was any doubt prior to this week, it’s now officially curling season. 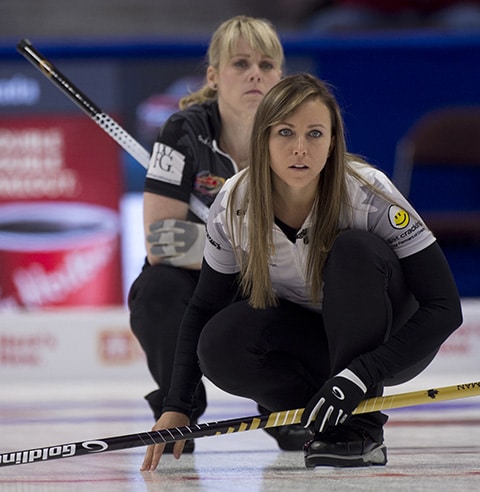 While some of Canada’s best teams hadn’t played a bonspiel yet during the 2019-2020 season, virtually every top team in the world will be in action across the country, spread between a couple of events.

In Cornwall, Ont., 49 teams have gathered for the AMJ Campbell Shorty Jenkins Classic. While it is no longer the only early-season bonspiel, the Shorty still has a reputation for a stacked field and stellar competition.

In the men’s field, 12 of the top 13 teams in the world (based on World Curling Tour Order of Merit rankings) are represented. World No.1 Kevin Koe (Calgary), No 2. Brendan Bottcher (Edmonton), and No. 4 John Epping (Toronto) lead the way for Canadian entries.

Scotland’s Bruce Mouat (No. 5), Switzerland’s Peter de Cruz (No. 6), and Scotland’s Ross Patterson (No. 7) bring the international flavour to the event, and to the top-tier of the world rankings. Reigning world champion and world rank No. 3 Niklas Edin (Sweden) is the only team in the men’s top 10 that didn’t make the trip to Cornwall.

Brad Jacobs (Sault Ste. Marie, Ont.) is currently ranked eighth in the world, Matt Dunstone (Regina) is ninth, and Brad Gushue (St. John’s, N.L.) is 10th and they’ll all look to improve their point totals (and their ranking) at the Shorty.

The women’s side tells a similar story. Reigning world champion Silvana Tirinzoni took over the world No. 1 spot last week, and currently holds a very slim advantage over Sweden’s Anna Hasselborg. Both teams played last week in Oakville, Ont., and received a boost to their ranking points early in the season.

The world No. 3 team, Ottawa’s Rachel Homan, will be looking to close the gap after passing on last week’s event. Winnipeg’s Jennifer Jones (No. 5) are also playing their first event of the season, looking to add some points to their WCT ranking, which also influences the Canadian Team Ranking System.

With such a strong field for both genders, the Shorty will offer the winning teams a chance to move up several spots in the rankings.

The CTRS will dictate which teams are invited to the Home Hardware Canada Cup in late November and are used to qualify for the 2021 Tim Hortons Roar of the Rings trials, which will determine Canada’s men’s and women’s four-player teams at the 2022 Olympic Winter Games. The WCT Order of Merit dictates which teams are invited to Grand Slam of Curling events, which occur throughout the season.

Any of the top women’s teams who aren’t at the Shorty are at the Savill Centre in Edmonton at the Booster Juice Shoot-Out. Kerri Einarson (Gimli, Man.) is ranked fourth in the world, while Chelsea Carey (Calgary) is currently seventh. The 24-team event also includes Japan’s Satsuki Fujisawa who is ranked sixth in the world. They’re playing for a share of $32,000.

Some web-streaming and all live scoring can be found at curlingzone.com.