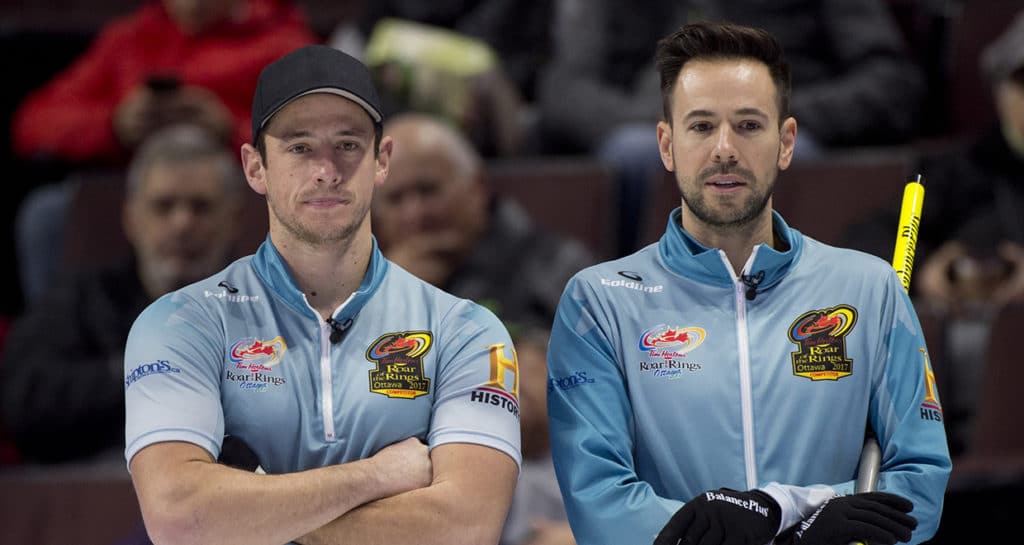 For the second straight year, and for the fourth time overall, Epping led his foursome to a championship victory over Brad Jacobs of Sault Ste. Marie, Ont., who was also seeking his fourth Shorty title. Epping defeated Jacobs 5-3 in the final, avenging his only loss of the weekend, which was to Jacobs during the round robin.

Although Epping’s teammates have changed over the years, the results have been consistent. His newest lineup of Ryan Fry, Matt Camm, and Brent Laing took home $15,000 for the main event at Cornwall, Ont.. It was their second World Curling Tour event win in as many weeks after the foursome won the Stu Sells Tankard in Oakville, Ont., just seven days ago.

Epping and his team earned 86.719 points on the World Curling Tour Order of Merit, which moves them into second place in the current rankings. Jacobs earned $10,000 and 63.594 points, which moves his team into sixth place on the WCT rankings.

In the women’s event, Winnipeg’s Jennifer Jones ran through the competition undefeated, taking home $10,000 and 70.312 points.  In her first event of the season, Jones ended up facing a familiar opponent in the final. Longtime teammate Jill Officer was sparing for another Winnipeg-based squad skipped by Tracy Fleury, which included Officer’s niece Kristin MacCuish at lead.

In other women’s action, several top teams were in action in Edmonton at the Booster Juice Shoot-Out. Kerri Einarson of Gimli, Man., defeated Calgary’s Chelsea Carey in the final, earning $8,000 and 57.361 points. The win moves Einarson into third place on the WCT rankings.

Canadian teams will be watching the point totals closely as the Canadian Team Ranking System takes shape over the first half of the season. While some teams have qualified for the Home Hardware Canada Cup, this Nov. 27 – Dec. 1, based on last season’s CTRS list, this season’s point totals will be used to qualify the final teams for the event, which will be held in Leduc, Alta.

This story will be available in French as soon as possible at: https://www.curling.ca/blog/category/tous-les-articles/?lang=fr