After two exciting weeks on tour, it seems that it’s already time to take a break. 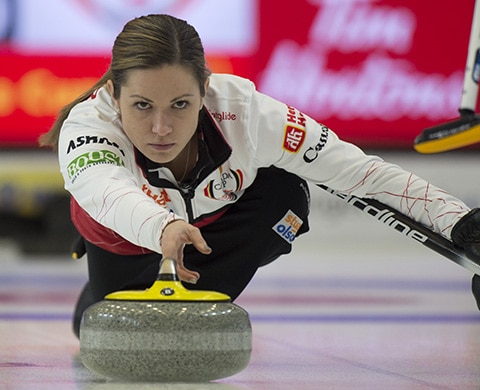 With the high-profile, big-money events like the Stu Sells Oakville Tankard, the Booster Juice Shoot-Out (Edmonton), and the AMJ Campbell Shorty Jenkins Classic (Cornwall, Ont.) out of the way, this weekend’s World Curling Tour events have a smaller, more local feel.

Starting with the Mother Club Fall Curling Classic at the Granite Club in Winnipeg, 12 women’s teams and 20 men’s teams will be playing for a piece of the $17,000 combined purse.

Edmonton’s Laura Walker’s has a new look featuring Kate Cameron, Taylor McDonald, and Nadine Scotland. They’re looking to qualify for the first time this season, while Winnipeg’s Darcy Robertson and Beth Peterson have squads that are hoping to cash their own cheques this weekend.

On the men’s side, Mike McEwen is slated to return to the helm as skip of his Winnipeg foursome, while Reid Carruthers, Derek Samagalski, and Colin Hodgson will return to their regular positions and try to qualify for the first time this season. Carruthers and his front end have been without McEwen for the first two events as he rehabbed an injury following surgery in the spring.

Also in the field, Jason Gunnlaugson will be trying to cash in with a new player in his lineup. Adam Casey – one of four players who has played in the Tim Hortons Brier for three different provinces or territories – will be going for a fourth province this year, now that he’s joined Gunnlaugson, vice-skip Alex Forrest, and lead Connor Njegovan.

In both men’s and women’s, pool play will lead to an eight-team playoff.

Back east, in Waterloo, Ont., the KW Fall Classic is underway at the KW Granite Club. Twenty women’s teams and 19 men’s teams are playing for purses of $11,300 and $8,400 respectively.

Jacqueline Harrison (Dundas, Ont.), Susan Froud (Stroud, Ont.) and Heather Heggestad (Barrie, Ont.) are all veterans of World Curling Tour events, but may have their work cut out for them with the likes of Scotland’s Sophie Jackson, Czech Republic’s Anna Kubesova, and South Korea’s Un-Chi Gim also in the competition.

For scores and results, check out curlingzone.com.