A path to the 2022 Winter Olympic Games in Beijing has been confirmed for Canada’s high-performance curlers, it was announced today by Curling Canada. 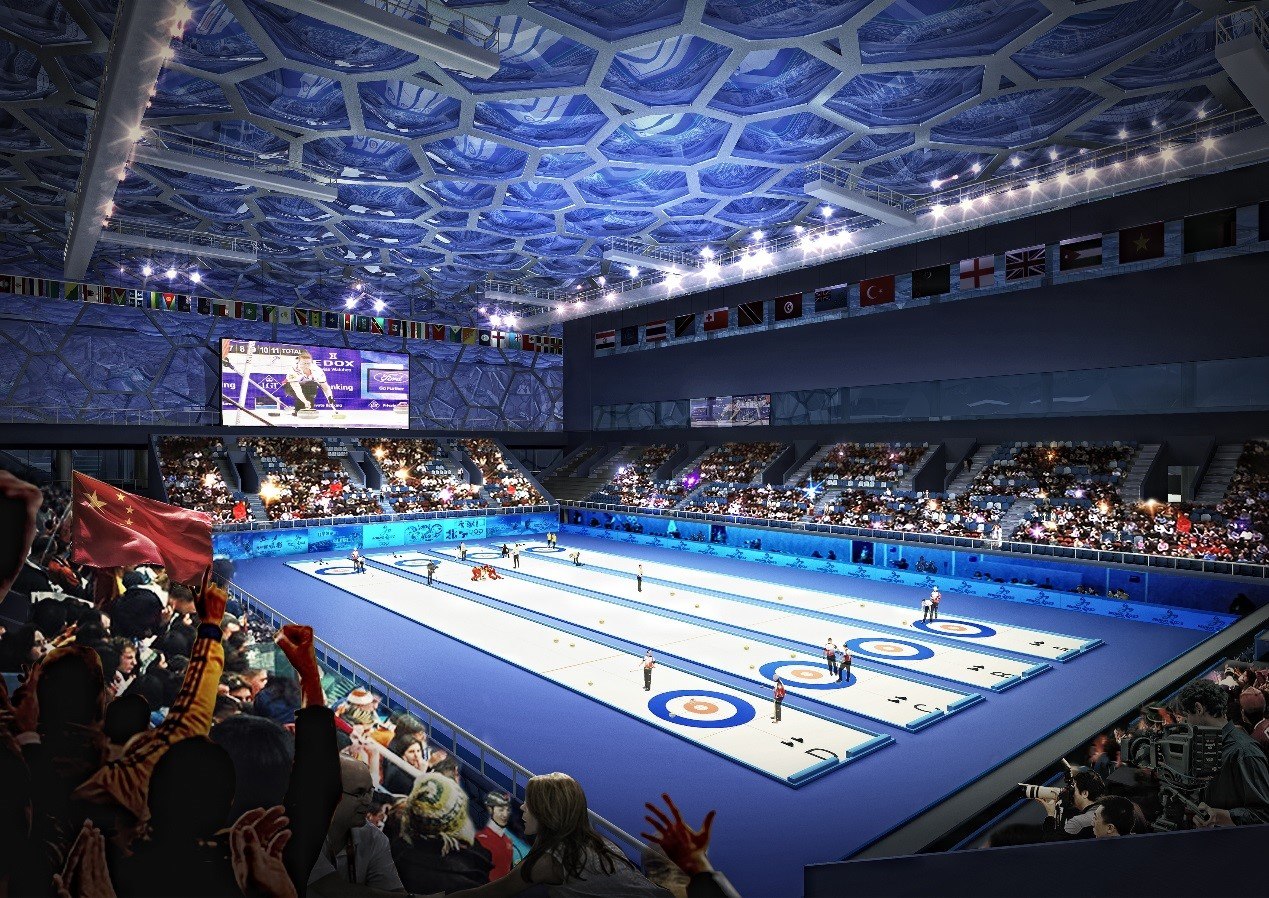 An artist’s rendition of what the Water Cube will looked like when it’s transformed from a swimming pool to a curling arena for the 2022 Winter Olympics in Beijing. (Photo, Facebook/Beijing2022)

Canada’s four-player men’s and women’s teams for Beijing will be determined at the 2021 Tim Hortons Roar of the Rings, Nov. 27-Dec. 5 at the SaskTel Centre in Saskatoon, while our mixed doubles Olympic team will be decided at the 2022 Canadian Mixed Doubles Trials, Jan. 3-9 (location TBC).

“We know there is a lot of work to be done between now and the Opening Ceremony in Beijing, but we also know our teams are already focused on putting in the required time/effort, both on and off the ice,” said Gerry Peckham, Curling Canada’s Director of High Performance. “The next two years will be challenging, but having these formats in place will give our teams something tangible to prepare for, and I am confident they’ll be ready to perform at peak levels when the time comes.”

The Tim Hortons Roar of the Rings format will be unchanged from the 2017 event in Ottawa — a nine-team round-robin draw for both men and women, with the top three teams reaching the playoffs. The first-place team in the round robin will go straight to the championship final while the second- and third-place teams will play in the semifinal.

As for getting to the Trials, the nine-qualifiers in each gender will be determined as follows, with the default scenario in parentheses should teams qualify in more than one way:

Unlike the 2017 Tim Hortons Roar of the Rings, Canadian champions won’t be required to win a medal at the world championship in order to secure their Trials berth. 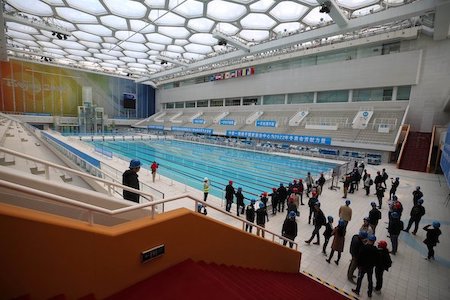 The Road to the Roar Pre-Trials are scheduled for Oct. 26-31 (location TBC), and will feature eight teams playing in a round-robin draw with three teams making the playoffs. There, the first- and second-place teams will play to determine the first available berth into the Tim Hortons Roar of the Rings; the loser of the one-two game will play the third-place team for the second Tim Hortons Roar of the Rings berth.

The other seven entries for the Road to the Roar Pre-Trials will also come from the 2020-21 CTRS standings, ensuring the teams playing at the highest level late in the process will still have a chance to get to Beijing.

The 2022 Canadian Mixed Doubles Trials, meanwhile, will feature a slightly reduced field from the 2018 event — 18 down to 16 teams, split into two eight-team pools. The two pool winners, plus the next four best win-loss records will qualify for the six team, modified double-knockout playoff.

Here is how qualifiers for the Trials will be decided:

The final two qualifying team standards are for mixed doubles specialists. One component of the CMDR is performance on the four-player Canadian Team Ranking System, so a rejigged CMDR that doesn’t include CTRS points will be produced on Nov. 1, 2021, to give priority to teams that play only in mixed doubles competition.

Players who qualify for the Winter Olympics with four-player teams at the Tim Hortons Roar of the Rings will not be eligible to compete in the Canadian Mixed Doubles Trials; if only one player from a mixed doubles team qualifies in four-player competition, his or her mixed doubles partner will be able to choose a new teammate from a pool of eligible players.

Canada will enter the 2022 Winter Olympics as reigning mixed doubles gold-medallists after the tandem of Kaitlyn Lawes and John Morris prevailed in 2018 at Pyeongchang, South Korea, where mixed doubles curling made its debut as an Olympic medal discipline.

Canada will still have to qualify for the Beijing Olympics in all three disciplines. China as the host country has already qualified, while the 10-team fields in each discipline will be mostly determined by the combined results of the 2020 and 2021 world men’s, women’s and mixed doubles championships, with seven countries qualifying in each discipline.

The final two qualifying countries will come out of last-chance Olympic qualifying events, scheduled for December 2021.