“Wow, what a grind,” Team Jacobs wrote on their Instagram caption. “Which makes the win that much better.” 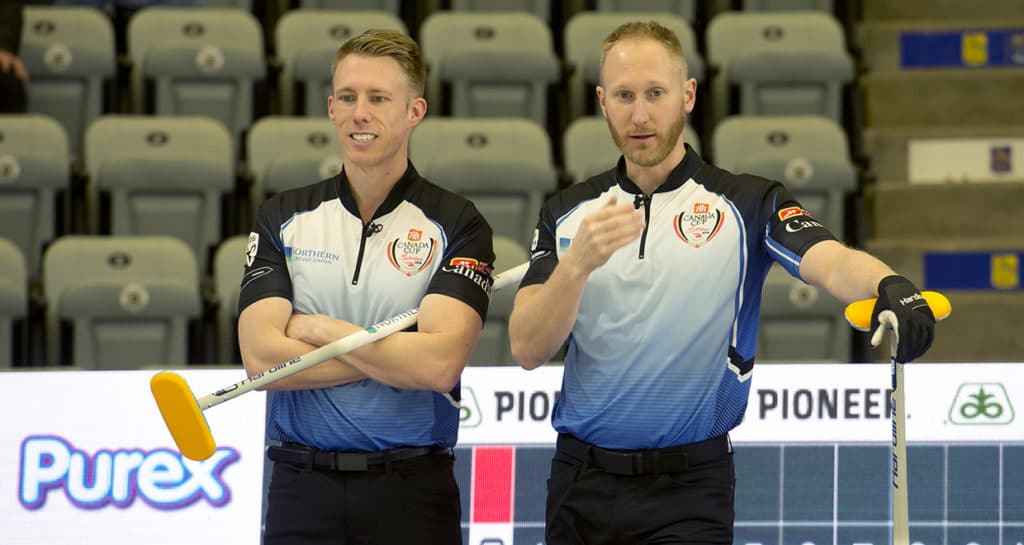 The caption was posted below a photo of Brad Jacobs, Marc Kennedy, E.J. Harnden, and Ryan Harnden holding the Stu Sells Toronto Tankard, on the ice at the High Park Curling Club.

After losing to Jason Gunnlaugson (Winnipeg) and Kevin Koe (Calgary) in the early rounds of the triple-knockout event, Jacobs (Sault Ste. Marie, Ont.) found himself in a C-event qualifier vs. Toronto’s Rob Ainsley.

He beat Ainsley without too much difficulty, but the road didn’t get any easier. An hour later, the team was back on the ice for the quarter-finals vs. Scotland’s Ross Whyte. Jacobs, up one playing the eighth end, stole to put the game away.

His reward? A date in the semifinal against Brad Gushue (St. John’s, N.L.) who had just knocked off Toronto’s John Epping in his own quarter-final matchup.

Koe, meanwhile, would face USA’s Korey Dropkin in the other semi. He also was grinding out wins – coming out of the C-side over Pat Ferris (Grimsby, Ont.) and a quarter-final vs. Mike Fournier (Montreal).

As things turned out, both Koe and Jacobs ended up stealing their victories – Jacobs with a perfect freeze on the button to save the game, and Koe with a full end of domination, forcing Dropkin to a barely-there draw to the side of the pin, on which he came up light.

The final was decided when Koe rattled some stones in the house leaving Jacobs a double-takeout for three.

Coming up this week…

The Canad Inns Men’s Classic will take place in Portage la Prairie, Man., featuring 24 top men’s teams. Not only will Koe, Gushue and Epping all make the trip, but defending champion and World No. 3 Brendan Bottcher of Edmonton will be looking for a repeat win and a share of the $56,000 purse.

Many of the world’s top women’s teams will converge on Calgary for the Curlers Corner Autumn Gold Classic. This 32-team event has a $44,000 purse and will feature Jennifer Jones (Winnipeg), Kerri Einarson (Gimli, Man.), Carey, and Scotland’s Eve Muirhead.

For results to these events and more, check out curlingzone.com.