Canada will attempt to become the first nation to win back-to-back gold medals when the team steps onto the ice at the 2019 World Mixed Curling Championship this Saturday at Curl Aberdeen in Aberdeen, Scotland. 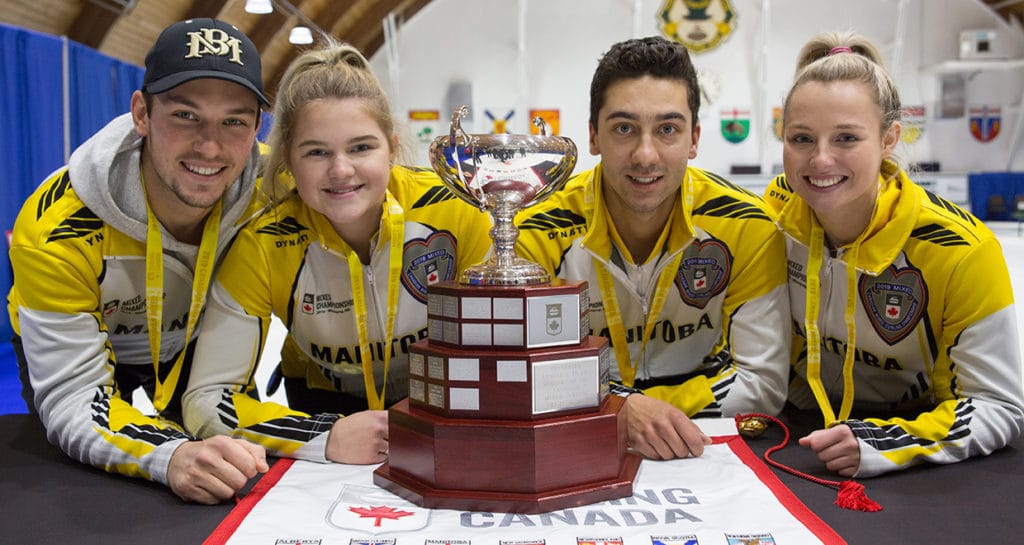 Colin Kurz’s team from Winnipeg earned the opportunity to wear the Maple Leaf after winning the 2019 Canadian Mixed Curling Championship in its hometown last season. It will be the first time Kurz, vice-skip Meghan Walter, second Brendan Bilawka and lead Sara Oliver have represented Canada at the event.

The team, along with national coach Jim Waite, opens the event on Saturday with a single game against a notable name at 3 a.m. (all times Eastern). Canada plays Germany’s Andy Kapp, who owns the record for most appearances as a skip at the world men’s championship with 13.

This is the fifth edition of the world championship and first time it will be hosted in Scotland. Canada enters the event ranked first in the world in the World Curling Federation mixed rankings.

Canada is coming off its first gold-medal victory at the worlds after Mike Anderson’s team from Thornhill, Ont., defeated Spain in the gold-medal game at Kelowna, B.C. A victory in Aberdeen would propel Canada to the top of the medal standings as the only nation to win two gold medals in the history of the event, which began in 2015.

But first Canada will need to emerge victorious amongst the 40 teams competing at the open-entry event. Canada shares an eight-team pool with Belarus, Estonia, Germany, Hong Kong, Kosovo, Nigeria and Slovakia. The top three teams from each of the five pools will advance to the single-elimination playoffs and the fourth-place team with the best Draw Shot Challenge accumulated throughout the event will earn the final spot in the 16-team playoff.