The Canadian mixed curling team has secured its ticket to the playoffs at the 2019 World Mixed Curling Championship. 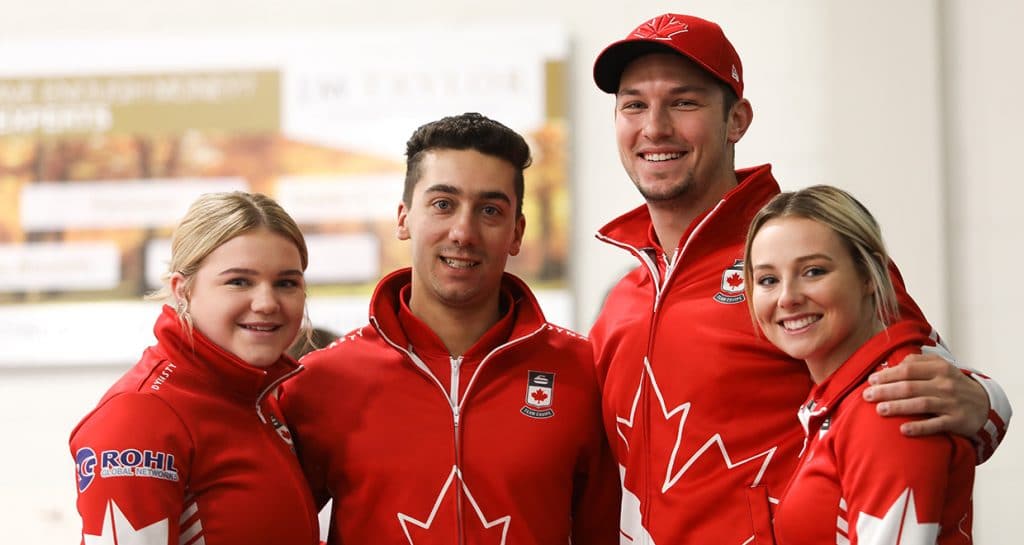 Canada defeated Nigeria’s Tijani Cole 15-1 on Wednesday at Curl Aberdeen, in Aberdeen, Scotland. Skip Colin Kurz, vice-skip Meghan Walter, second Brendan Bilawka, lead Sara Oliver and national coach Jim Waite took a 12-0 lead after the first five ends. Canada opened the game with a score of four and stole single points in the following two ends. The team from Winnipeg’s Assiniboine Memorial Curling Club stole two more in the fourth and four in the fifth before Nigeria scored one in the sixth. Canada replied with three in the seventh end and Nigeria conceded the game.

Kurz said today’s game against a new curling nation will be memorable and the importance of new nations getting experience at international events was not lost on him.

“Today was one of those games that you’re not going to forget. I think this is the second world championship ever that Nigeria have played in. Any time you can grow the game of curling that’s a good thing. It was really fun playing against them and getting to know them and I’m really excited to go chat with them now after the game,” Kurz said.

While there are two round-robin games remaining, Canada already knows it will advance to Friday’s playoffs. The top three teams from each of the five eight-team pools, plus the fourth-place team with the best Last Stone Draw distance, makes the playoffs.

Canada leads the way in Pool A with a 5-0 record. Its schedule has been favourable so far with single games each day, but that will change on Thursday because Canada closes the round robin with a two-game day. First the Canadians take on Estonia’s Erkki Lill (2-3) at 3 a.m. (all times ET) and finish the round robin against Kosovo’s Peter Andersen (1-4) at 11 a.m.

But don’t expect Canada to let off the gas pedal as its still playing for seeding within the playoffs.

“Placement in an event like this is a pretty big deal. Tomorrow morning, we play a really good Estonia team, so we’re hoping to come out the gate strong and play a really good full game,” Kurz said. “Hopefully we’ll get a win there, then another win at night against Kosovo. We don’t want to take any games off, we want to keep learning from every shot we can.”

The single-elimination playoffs commence on Friday followed by the semifinals and bronze- and gold-medal games on Saturday.