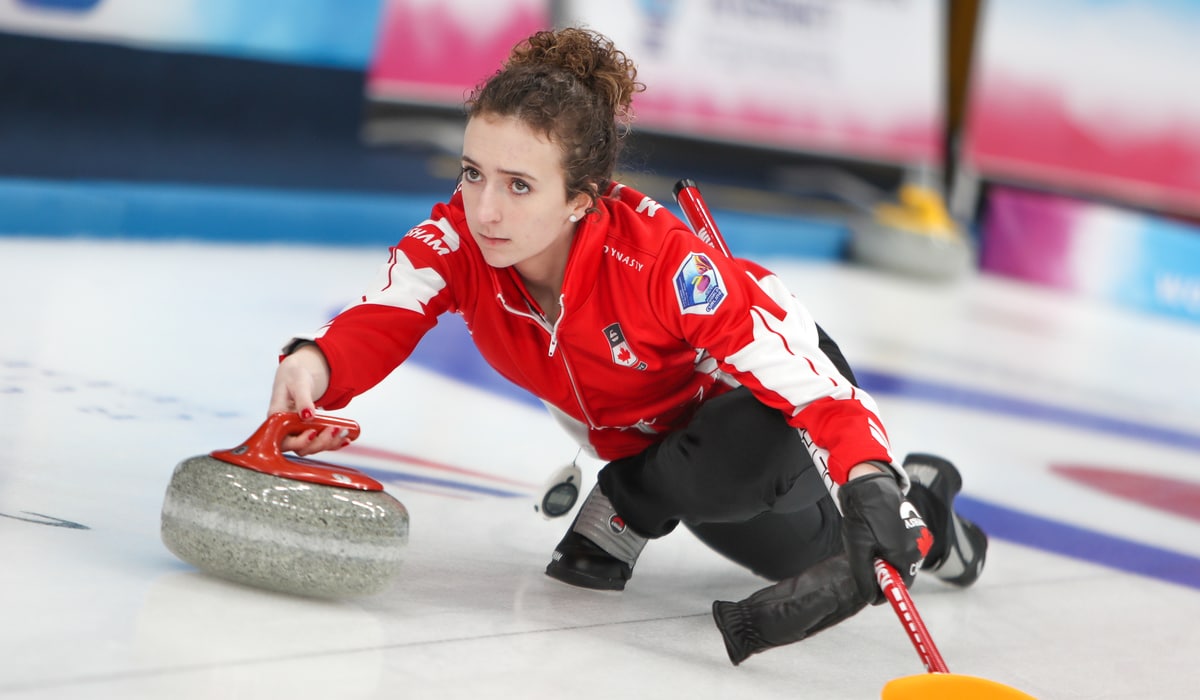 It was nothing short of a successful day for Mackenzie Zacharias and her Altona Curling Club squadron at the 2020 World Junior Curling Championships from Krasnoyarsk, Russia as the Canadian women’s representative earned two wins; a 12-4 victory over Hungary’s Linda Joo in women’s session 5 and a hard fought 6-5 win over Switzerland’s Selina Witschonke.

The two wins now put Canada alone in second place in the round robin pool with a 5-1 record, trailing only Korea.

“This is my first time playing a lot of these teams so we’re just going into each game looking to play our own game…for the most part we just want to play our game,” said Zacharias.

This marks Canada’s fifth straight win as they set their sights on the playoffs with three matches remaining.

“We had a tough first loss, but we’ve been able to bounce back well from that and we’re feeling really good now and looking forward to hopefully playing our best in the coming games,” said Zacharias.

For Mackenzie Zacharias, these World Championships are a little more special since it’s a family affair. Her second is her sister Emily Zacharias and her father Sheldon is their coach.

“It’s incredible. We’ve been dreaming of this since we were little kids and to be here now and to be representing Canada is just an absolute dream come true,” said Zacharias.

The family connections for Team Canada don’t stop there however. On the men’s side, Canadian skip Jacques Gauthier’s mother, Cathy, is a three time Scotties Tournament of Hearts Champion (1992, 1995, 2005).

WIth family connection and past success in curling comes parental advice, which Jacques is taking in.

“She has told me to drink lots of water probably 83 times and so I don’t know if she thinks I don’t drink water regularly but other than that she said to just enjoy it,” said Gauthier.

Sage advice, and it appears to be working as the Canadian junior men defeated New Zealand’s Matthew Neilson 7-1 in men’s session 6.

Currently tied for first place alongside Germany with matching 5-1 records, Gauthier is still looking to enjoy the precious moments of representing Canada.

“It’s my last juniors for sure because I’m aging out this year. No matter what, it’s my last junior worlds so I’m trying to take it in as much as I can and just enjoy the moment,” said Gauthier.

The Canadian women will play only a single game versus Denmark in women’s session 7 action at 4 a.m. February 19th.