Two more heavy-hitters from the Canadian curling community have been honoured with the Queen Elizabeth II Diamond Jubilee Medal. 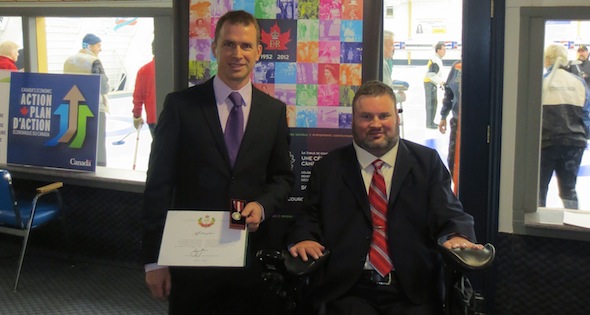 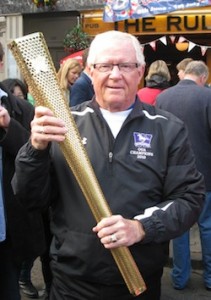 Earlier in January, we told you that Gerry Peckham, the Canadian Curling Association’s Director, High Performance, had been presented with the Medal in acknowledgement of his role with the Coaching Association of Canada and his contributions to the National Coaching Certification Program. You can add three-time Brier and two-time world champion Jeff Stoughton of Winnipeg and long-time CCA coach Jim Waite of St. Thomas, Ont., to the list of recipients of the commemorative medal, which was created in conjunction with the 2012 celebration of the 60-year reign of Queen Elizabeth II to honour significant contributions and achievements by Canadians. Stoughton was honoured during a Jan. 11 ceremony in Winnipeg. The longtime skip is one of the country’s most accomplished curlers, having won the Brier in 1996, 1999 and most recently in 2011; he also claimed the world men’s championship in 1996 and 2011, and will start pursuit of his 10th Manitoba men’s title next week in Neepawa. Waite, meanwhile, has been one of the mainstays of the Canadian curling coaching community. He was the national coach for two Olympic gold-medal winning teams (Brad Gushue in 2006, Kevin Martin in 2010) and was a national coach and team leader for Canadian teams at 17 world men’s championships. He also serves as the golf coach at the University of Western Ontario.