Cathlia Ward, fifth for Team Canada at the World Junior Curling Championships, has just returned home from Sochi, Russia after a whirlwind journey. The team had some ups and downs during the week; however, as you read Ward’s account, it is very apparent that the team reflects very fondly on their exciting adventure. Still jetlagged, Ward gives us her final thoughts on her experience: I can hardly believe our time in Sochi ended so quickly. Although I will admit there were days when I thought I would never see Canada again, I had a wonderful time in Sochi. 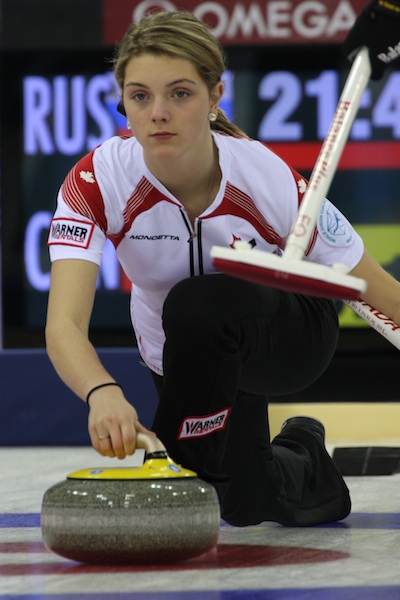 Reflecting on the last 17 days makes me laugh. When I first arrived in Toronto and saw the team all together, I only knew the girls. When we got on the plane to Istanbul, none of us were even comfortable enough to rest our heads on each other and as a result had the most uncomfortable sleeps. On the way back, it was a different story. Between us athletes, we have become a little family. The girls are more like sisters and the boys are like a bunch of goofy brothers. Many would agree that the World Junior Curling Championships is all about the curling. People may say that it’s all about the wins, losses and the game percentages. I think that this event goes far beyond what happens on the ice. I can’t even count on my two hands the number of wonderful people from all corners of the world that I have encountered since I first set foot in Sochi. Firstly, there are the amazing friendships I have formed with the rest of the girls from Canada. Sydney, Erin, Samantha and Corryn are wonderful and I had the time of my life with them. Saying goodbye to them in Toronto was heartbreaking and very emotional, I will be forever thankful for the opportunity I was given to form such great friendships with such awesome people. Aside from the girls, the Canadian boys are equally as wonderful and saying goodbye to them was equally as emotional. They are all sweethearts and extremely funny and between the 10 of us, we had an amazing experience. Outside of my own team, I have met many awesome athletes. I had met the girls from Scotland in November at the Ottawa Valley Curling Association (OVCA) Junior SuperSpiel and having an opportunity to see them again was awesome. Getting to meet curlers from across the world was unbelievable, as they were all uniquely talented in more ways than just curling. I believe that creating friendships and relationships with like-minded young people from countries around the world is what the World Junior Curling Championships is all about. Now that all the athletes are back in their home country, we realize that we can’t remember every shot they missed or every sweeping error we have made. We can’t even remember all of the big shots made throughout the week, but the friendships and the smiles of so many kind people will absolutely be engraved in our memories for years to come. At the end of the day, we are all junior curlers – young people who are in love with a sport. We went to Russia to grow and to learn as athletes and as people and I think that as long as each athlete was able to leave Sochi with lessons learned and friendships gained, then we have all have been successful this week. If someone were to tell me tomorrow I would get to experience the 2013 World Junior Curling Championships all over again, I would do it in a heartbeat. 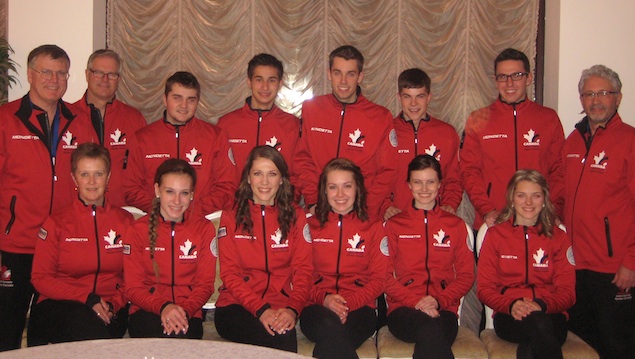 In case you missed it, you can read the rest of Cathlia’s blog posts at Memoirs of a Fifth. Good curling and may the rocks be ever in your favour!