Fans and curlers are taking notice of Julie Hastings at her first 2015 Scotties Tournament of Hearts. The Ontario skip from Thornhill defeated Quebec’s Lauren Mann (Montreal) 6-5 on the first of three draws today to move to 2-2 in the standings. 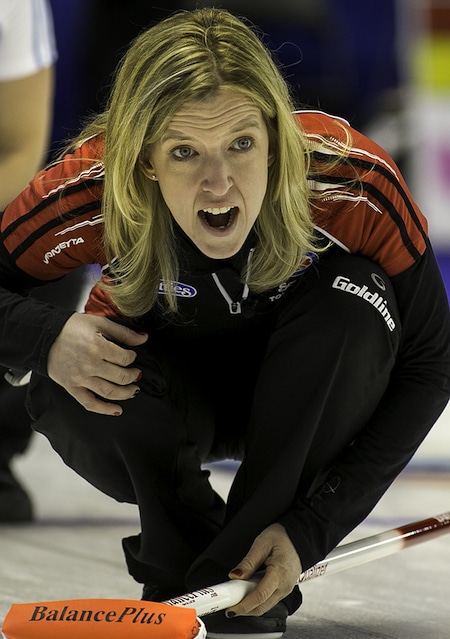 Hastings’ two losses were last-rock decisions against Manitoba’s Jennifer Jones (Winnipeg) and Team Canada’s Rachel Homan (Ottawa). “We’re OK (being 2-2) simply because we are playing good curling games and we’re executing our shots. We’re looking forward to the next one. “Our team is strong right now, we’re consistent, we’re making our shots and it feels like we have a chance to win every game. We’re having close games and happy where we are.” Hastings made a last-rock raise takeout for the win. Also moving to 2-2 on Monday morning was Northern Ontario’s Tracy Horgan (Sudbury). Horgan topped Nova Scotia’s Mary-Anne Arsenault (Halifax) 8-4. “We’re feeling pretty confident out there,” Horgan said. “That was a good game for us. We’re very happy (being 2-2.) I am sure we have a few more wins in us.” British Columbia’s Patti (Prince George) won for the first time after three losses, topping Prince Edward Island’s Suzanne Birt (Charlottetown) 7-4. “That was a good one,” said Knezevic. “We needed to get out there and do what we do best.” In the other game, Jones defeated Newfoundland/Labrador’s Heather Strong (St. John’s) 9-3. With 11 trips to the Scotties for Jones and 12 for Strong, the two aren’t strangers on the ice. 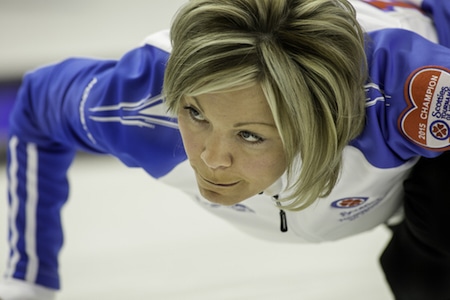 “She is an amazing shotmaker and an amazing person,” Jones said. “I love coming to the Scotties. I love seeing her. We have a lot of fun together and I have so much respect for her.” Manitoba leads the pack at 4-0. Team Canada and Alberta’s Val Sweeting (Edmonton) are at 3-0. After that it gets interesting. Northern Ontario, Prince Edward Island, Newfoundland/Labrador and Ontario are 2-2. Saskatchewan’s Stefanie Lawton (Saskatoon) is 1-2, with Quebec, Nova Scotia, and British Columbia at 1-3. New Brunswick’s Sylvie Robichaud (Moncton) is 0-3. There are draws at 2 p.m. and 7 p.m. today. The late draw features a matchup between Homan and Jones. For ticket and other event information, visit https://www.curling.ca/2015scotties-en/ For the complete schedule, go to https://www.curling.ca/2015scotties-en/draw-schedule/ TSN (RDS2 in French), the exclusive television network for the CCA’s Season of Champions, will provide complete coverage of the 2015 Scotties Tournament of Hearts. This story will be posted in French as soon as possible at https://www.curling.ca/2015scotties-fr/