Northern Ontario still in the hunt at 2015 Scotties

Northern Ontario’s Tracy Horgan (Sudbury) has now played 12 games at the Scotties Tournament. It’s the last two in the round-round that will likely decide her fate here. 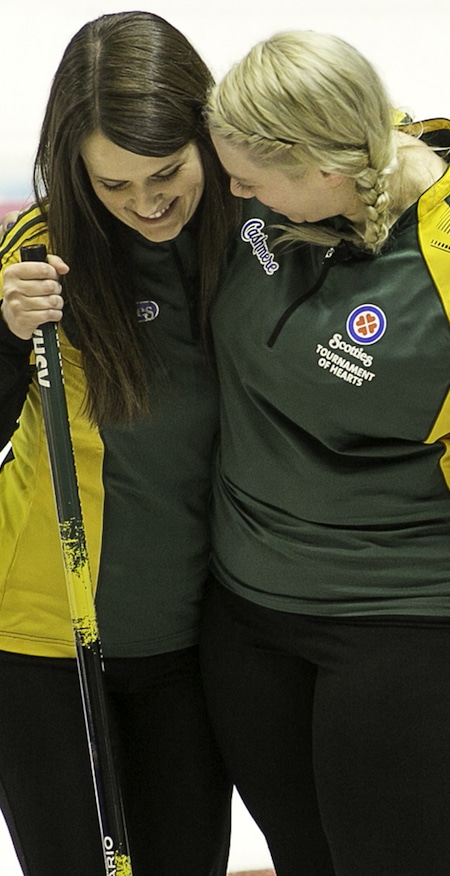 After winning three consecutive games in the pre-qualifying event, Horgan ran her record to 6-3 in the main draw, with a 9-7 win over Ontario’s Julie Hastings (Thornhill). When you add it all up, Horgan is now 9-3 here at Mosaic Place. Meanwhile, the loss dropped Hastings to 4-5. She’s not out, but she needs help from other teams now to bring Horgan and Saskatchewan’s Stefanie Lawton (Saskatoon) back to the pack. Lawton is 5-3. Also with an outside shot at the playoffs is Prince Edward Island’s Suzanne Birt (Charlottetown), who is at 4-5. Manitoba’s Jennifer Jones (Winnipeg) defeated Birt 10-3 to clinch no worse than a tiebreaker in competition. Undefeated Val Sweeting of Alberta can also do no worse than a tiebreaker. In the other two games, Newfoundland’s Heather Strong (St. John’s) downed British Columbia’s Patti Knezevic (Prince George) 10-7, and Quebec’s Lauren Mann (Montreal) edged Nova Scotia’s Mary-Anne Arsenault (Halifax) 8-7. Arsenault’s loss came one day after she beat both Team Canada’s Rachel Homan and Jones. Horgan said it was a must-win for her team. She’s had a string of those for the past few days. Looking ahead, she has games with Jones and Homan to close out the round-robin. 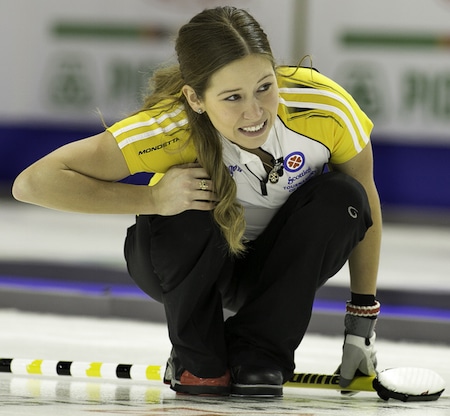 “We have a big couple of big games coming up,” Horgan said. “We just have to keep playing our game and not be intimidated. We are playing two fantastic teams.” Horgan said despite playing 12 games, the team is still mentally and physically ready to play on. “We try to take advantage of our down time between games. Sometimes there is not much, but we try to make the most of it.” Horgan was asked what her strategy will be against Jones. “She has such an aggressive strategy, so I am sure there will be a lot of rocks in play.” There are two more draws today – at 2 p.m. and 7 p.m. For ticket and other event information, visit https://www.curling.ca/2015scotties-en/ For the complete schedule, go to https://www.curling.ca/2015scotties-en/draw-schedule/ TSN (RDS2 in French), the exclusive television network for the CCA’s Season of Champions, will provide complete coverage of the 2015 Scotties Tournament of Hearts.