It’s an opportunity to hob-nob with some of curling’s biggest stars, play one of the best-known and most beautiful golf courses in the world, and, oh yes, help raise funds for Canada’s future curling stars. 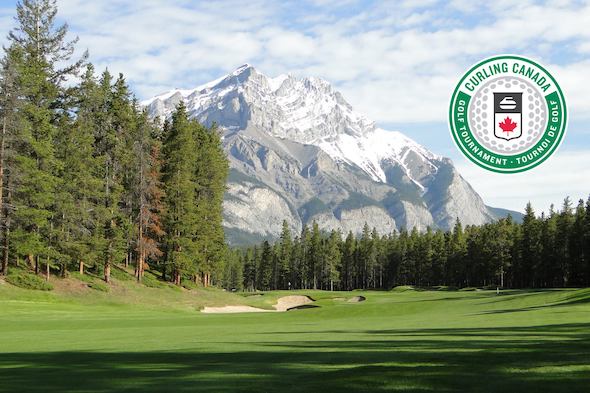 The 2019 Swing & Sweep Charity Golf Tournament and Barbecue is scheduled for June 19 at the Fairmont Banff Springs Golf Course — a nine-hole best-ball tournament on the Tunnel Mountain nine that will see participants grouped with some of the best curlers in the country, along with Olympians from other sports.

Funds raised from the tournament will go to the Curling Canada Foundation in support of future curling champions and the For The Love of Curling scholarship program. The tournament is being staged in conjunction with the 2019 National Business of Curling Symposium, and will feature prizes for participants as well as a silent auction.

“We’re absolutely thrilled to see the turnout from our curlers, as well as non-curling sports stars, and we know the golfers who register will have an amazing time at Banff Springs,” said Brodie Bazinet, Manager of the Curling Canada Foundation. “It’s inspiring to see athletes from various sport disciplines ready to join members of Alberta’s curling community in creating on-and-off-the-ice opportunities for the next generation of curling champions.”

Registration is set at $150 per golfer, which includes the nine-hole tournament as well as the barbecue dinner to follow. The shotgun tee-off is set for 3 p.m. MT.