A fired-up home team will be looking to feed off the energy supplied by a packed arena when the 2020 Continental Cup, presented by Service Experts Heating, Air Conditioning and Plumbing takes place Jan. 9-12 at The Sports Centre at Western Fair District in London, Ont. 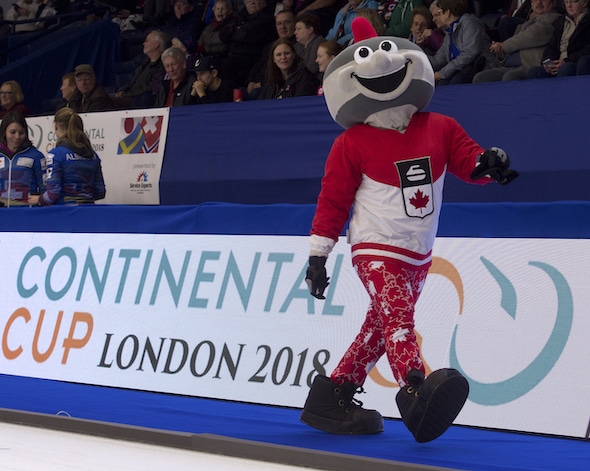 Slider will join many of the best teams in the world when the 2020 Continental Cup, presented by Service Experts Heating, Air Conditioning and Plumbing returns to London, Ont. (Photo, Curling Canada/Michael Burns)

And based on the results of an early ticket sales drive, fans in London need to act quickly if they want to watch the world’s best curlers under one roof go head to head in curling’s version of the Ryder Cup.

The early demand for full-event packages has prompted a Nov. 15 deadline on package sales:

A stellar field that includes Canadian, world and Olympic champions from both sides of the Atlantic Ocean will be in London, and the host Team Canada (there will be no U.S. representation this year) will be in the rare position of seeking to avenge a defeat after losing last year’s Continental Cup in Las Vegas.

It will be Team Europe wearing the mantle of defending champion following its victory in Las Vegas, ending a dry-spell that saw the overseas squad lose six straight editions of the Continental Cup, going back to its most recent previous victory in 2012 at Langley, B.C.

The last time the event was staged in London, in 2018, Team World (which had Asian teams in the lineup for that year’s event) came agonizingly close to ending that slump; the two sides ended four days of competition in an deadlock — 30 points apiece — forcing a sudden-death draw-to-the-button scenario.

It was Team North America’s Brad Gushue who saved the day for the home team, as he outdrew Team World’s Thomas Ulsrud in front of a packed house at the Sports Centre at Western Fair District.

As always, the home team will have a deep lineup — four teams have qualified already, and the final two will be the men’s and women’s champions at the 2019 Home Hardware Canada Cup Nov. 27-Dec. 1 in Leduc, Alta.

Already qualified for Team Canada are teams skipped by Tim Hortons Brier champ Kevin Koe of Calgary, Scotties Tournament of Hearts champion Chelsea Carey of Calgary, as well as Brendan Bottcher of Edmonton and Rachel Homan of Ottawa; the latter two qualified based on their 2018-19 Canadian Team Ranking System performance.

The braintrust for Team Canada will be just as formidable, with Coach Jeff Stoughton leading the way, and support from the husband-and-wife tandem of Heather (Assistant Coach) and David Nedohin (Captain).

But standing in the way of a Canadian victory will be a powerhouse Team Europe lineup that will be brimming with confidence after last year’s win in Las Vegas.

And it will be the exact same lineup that prevailed in Las Vegas — reigning world champs Niklas Edin (Sweden) and Silvana Tirinzoni (Switzerland), Olympic gold-medallist Anna Hasselborg of Sweden, along with Peter de Cruz (Switzerland) and the Scottish tandem of Eve Muirhead and Bruce Mouat.

Also returning will be the Team Europe staff of Coach David Murdoch of Scotland, Captain Fredrik Lindberg of Sweden and Assistant Coach Christoffer Svae of Norway.

All ticket packages are subject to standard ticket service fees, and will be available online at curling.ca/tickets or by calling (833) 219-9444. There is no in-person purchase option.

The format will remain the same as the Las Vegas event, save for one change — a mixed doubles draw is being dropped, replaced by an additional draw of the popular mixed scramble, in which teams are blended to form new lineups.