Around the House: Bringing a Canadian championship to Ottawa’s RA Centre

It’s championship season on the Canadian curling scene, and even though every championship isn’t a juggernaut like, say, the Tim Hortons Brier, each one requires a tremendous contribution by organizing committees, volunteers and, in some cases, curling facility staff and club members. The RA Centre in Ottawa is one such facility. From March 24 to 31, it will rearrange its normal curling schedule, bring in the volunteers and sponsors, and welcome the 2013 Canadian Wheelchair Curling Championship to the ice. The RA Centre is a perfect choice: it’s the home of the Capital Wheelchair Curling Club (CWCC), which is already known for hosting the largest wheelchair curling bonspiel in the world. The Cathy Kerr Wheelchair Curling Memorial Bonspiel, held annually in November, attracts up to 20 teams from across Canada and internationally. 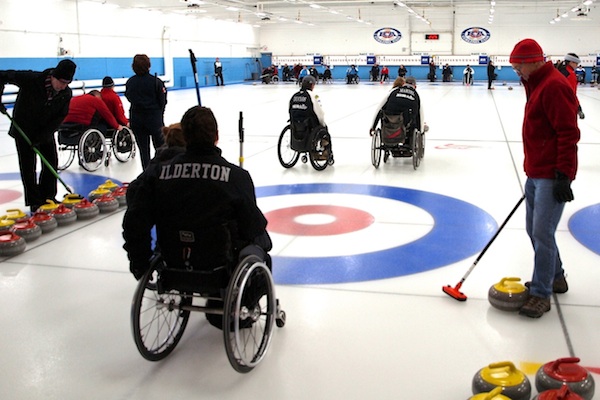 The CWCC uses the facility’s curling rink for its recreational program, and Rick Baker, CEO and General Manager of the RA Centre, says they’re working together to integrate these members into the “RA family.” “We have an excellent track record on serving wheelchair curlers,” says Baker. “And our administrative and volunteer capabilities are first class. We are dedicated to growing the game (of wheelchair curling) at the RA.” So when the Canadian Curling Association approached Baker about hosting the 2013 championship, he and his team immediately took up the offer. 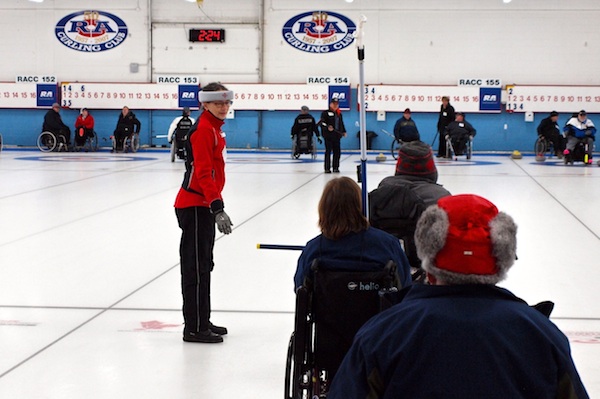 “After we accepted the privilege of hosting, I put together a great team of volunteers and some of my staff,” he says. “Elaine Brimicombe, who is the President of the Ottawa Valley Curling Association, is the Co-chair and is playing a key leadership role and utilizing her connections and skill sets.” Of course there are challenges, as anyone organizing the smallest club bonspiel can attest to, and which multiply when faced with a high-profile event such as a Canadian championship. “We receive some subsidy from the Canadian Curling Association, and then we have to fundraise or get sponsors to support the costs of staging this event,” says Baker about some of the challenges his organizing committee faces. “We have been fairly successful and will certainly cover our costs. Scheduling is critical as we are displacing our current curling members for one whole week at the end of their season.” But the benefits, to the RA as well as to wheelchair curling in general, are significant. “Our goal is to grow the sport of wheelchair curling and to let our community know how accessible we are for persons of all abilities,” he says. “It is one of the fastest growing wheelchair sports in Canada. The Paralympic Committee is doing an amazing job promoting sport for disabled persons.” No kidding! Canada’s wheelchair curling recently brought home a gold medal from the 2013 World Championship in Sochi, Russia. Team Canada is also the reigning Olympic gold medallist, having won top honours at the 2010 Winter Olympic Games in Vancouver. Baker also points to the work done by advocates of the sport – such as Sonja Gaudet, Canada’s most decorated wheelchair athlete – who make appearances across the country to promote the game. “We are super excited to be hosting this event and we have over 100 volunteers and key staff involved,” says Baker. “It is all about the athlete experience, and they will be treated royally and shown the great Ottawa Valley hospitality we are known for.” The 2013 Canadian Wheelchair Curling Championship gets underway March 24 at the RA Centre in Ottawa and is free to spectators. Information about teams, schedule and results can be found on the event website. 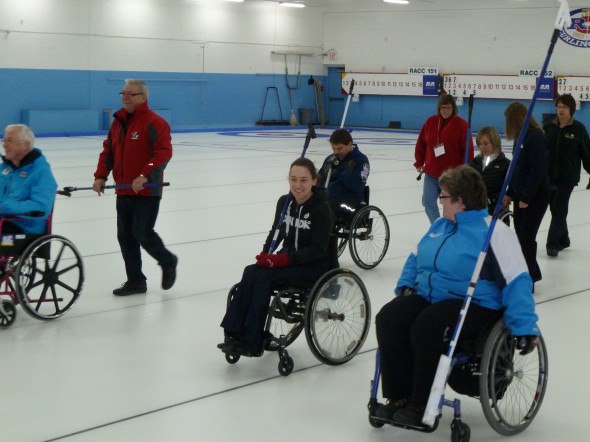